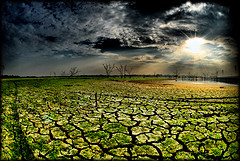 Things are not looking good with regards to climate in Texas. I saw a headline today on Business Insider saying that practically all of Texas is designated as a drought disaster area. Texas is darker on the US Drought Monitor. According to the Texas Forest Service, 97 of the state is under drought, with 75% under severe drought.

The Texas Tribune has a map with all the fires reported to the Texas Forest Service.

I have asked a friend in Austin if the drought is affecting them. She said that a few people are threatened by wildfires, but most of Austin is fine. Still, the idea of moving to a state without water does not appeal to me. I went without a job for about a year, but I cannot go long without water. This issue is starting to make Texas look less appealing. I am not too thrilled with really cold winters, but I hate extreme heat as well.

I went on Twitter and I found an account called @TexasDrought. It links to a website that seems to be run by Texas A & M University. You know a drought is bad when someone decides to make a Twitter account for it.

We had some heavy rain here in Chicago tonight, but no floods.