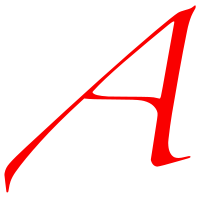 I am sure this has been covered before, but I will post a few of my thoughts on the subject.

One thing atheists hear a lot from believers is “Why are atheists so angry?”

Here are a few thoughts.

Once Friendly Atheist had a post about Rick Warren. It referenced an article in which Rick Warren said he never met an atheist who was not angry. One commenter said that it might be due to the fact that Rick Warren keeps saying things about atheists that are not true.

Usually people start the “angry atheist” trope when they find out that someone is an atheist. And when you tell someone you are an atheist you frequently hear the same BS again and again and again.

When you tell someone you are an atheist, some people will say, “You’re just angry at god.” How can I be angry at someone who does not exist? What makes me angry is when I state something as clearly as I can, and someone tells me that I really think the exact opposite of what I just said. I guess some people say this because they think that just because they believe in god that everyone must believe in god. I am not limited by your preconceptions.

Another repetition that you get when you tell someone that you are an atheist goes something like this:
1. Have you read the Bible?
2. Have you been to church?
3. (Especially if the answer to 2 is “Yes”) You should come to our church. Our church is different.

If I was not convinced by an argument when it was given by 500 other people, it does not magically become convincing when it comes out of your mouth.