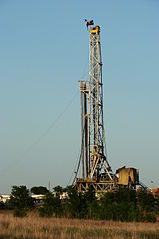 On 2006-04-18, I attended a lecture at DePaul by James Kunstler, an author and podcaster who has written on Peak Oil. I found out about it after I started attending the now-defunct Chicago Peak Oil Awareness Group.

I kept my notes. Each paragraph is a page from my notes. I have chosen to type them in as I wrote them, so some of the sentences will be a bit choppy.

Contributes to NYTimes Sunday magazine. Stocks up today, oil prices up too. Mostly: implications of peak oil. What are we going to do? Hubbert: Made predictions in the 1950s, said USA would peak in 1970s, was laughed at. 1973: Foreign countries take over. 1980s: OPEC loses leverage. Long Emergency: Includes climate change (like Katrina). Oil and insurance companies are rethinking Gulf of Mexico. We must make other arrangements. There will be no “hydrogen economy”. Alternative energies cannot run WalMart, Disney World and highways. “The Heroic suburbs”. Cheney said the American way of life is non-negotiable. This is a false message; things will be negotiated for us.

Some say suburbia is okay because people like it and people choose it. The question will not be what do we like but what is possible. Suburbia: cheap energy, cheap land. We put our wealth into a way of life with no future. Suburbia is “entropy made visible”. Dirty secret: basis of American economy is the housing bubble. The mortgage mill industry has replaced actual industry. We have put so much into this; the psychology of previous investment produces denial behavior. America’s leading religion: worship of unearned riches, getting something for nothing. Our society wishes for rescue remedies.

Gambling is reparations for American Indians. Technology != energy. Kunstler went to Google. Lots of games, snack stations, executives and engineers dressed like skateboarders. It was an infantile company. Pay attention to “tech == energy”. Airlines is the first industry that will go down. We will use what we can, but not the way that people think, perhaps on a neighborhood/district basis. We will live more locally. No more WalMart, or 300 mile Caesar salad. “Rocky Mountain Institute”: trying to produce a hybrid car. That promotes the idea that we can be a car-centric society. Social implications: Motoring will become less democratic. We must restore American railroad system. This would have the biggest effect. The infrastructure is there. Bolivia would be ashamed of our rails system.

We need a project to boost confidence. We should not be passive victims of history. Trains, barges and boats are more efficient than trucks. “The downscaling of America”. How we feed ourselves, trade, inhabit terrain. Globalism is transient, it needs cheap energy and world peace. We are seeing more friction between countries fighting for oil. China is much closer to Central Asia. Crop yields will go down. Crops will be grown for people. Kunstler does not know what the other arrangements will be. A lot of economic losers will be around. A lot of turbulence in the former middle class. Fascism: Americans will beg to be pushed around. You will be lucky if the feds answer the phone. Kuntsler thinks it will not be an orderly transition. It may get violent. Living standards will go down.

WalMart will be toast in 10 years. They are really very fragile, just a warehouse on wheels. “Bargain shopping”, but what is the bargain? Mega-city: Cities will contract, centers will densify, especially along waterfronts We will get more serious about boats. Buildings are being made to be heated with natural gas. Many Midwestern cities are contracting now. Buildings will be 5 floors and under. Cities will be gothic/medieval in scale. We will have electricity if we are lucky. Mechanics will be very necessary. Now we are in automobile slum. “The public realm” will come back. Knowing your history allows you to face the future with confidence. It gives you a hopeful present. We have places not worth caring about. Suburbia is not worthy of us.

He saw a bumper sticker on a Ford Expedition that said “War is not the answer.” If you drive an SUV, war IS the answer. Young people will be forced to be heroic. We are a nation of clowns. We will need to get serious. We used to be an earnest people, no wishing for the Powerball lottery. Public speaking will be an important skill. We need a serious discussion about nuclear. Heating houses will resolve themselves in 5 years. 1890s: 10% of the workforce was servants. Urban/rural distinction may become very sharp again. Suburbia muddled the distinction. In 25 years, electricity may not be around.

Many laws mandate suburban sprawl. Phoenix, Arizona will shrink a lot, due to energy and water. For Las Vegas, the excitement will be over. The problem with pushing biofuels is that assumes we will have an orderly transition. It may be disorderly. Marketing, PR may not be around much longer. Adults do not engage in wishful thinking. There is a failure of authority, and of the legitimacy of authority. College may be elitist again.