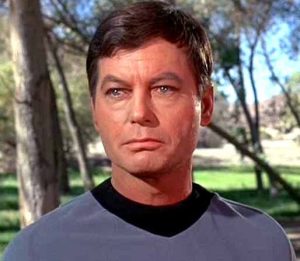 I posted this to the Liberal Gun Club forum. I had been thinking about writing about it for a while, so I am re-posting it here:

Growing up, Kirk was my favorite TOS character. Now McCoy is my favorite. He seemed to be the ethical/moral voice of the three main characters.

I liked TNG, but the first two seasons were not that great. It got good in season 3. I think if Roddenberry had not been involved in it at the beginning, it would not have lasted.

I liked DS9. But at some point I did not have TV access (I have never owned a TV myself), and when I came back there were a few story arcs going and I was kind of lost.

I never watched Voyager. Perhaps when I get Netflix.

I liked Enterprise. It kind of bugs me when people say “TOS is teh bestest ever and all the others suxx!” There were some klunkers in every series. If TOS came out today, people would be more critical of it than they are. WRT Enterprise, I liked the second two seasons more than the first two. (It seems to take a few seasons for spin-offs to get good.) 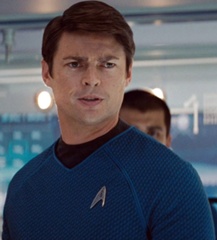 One thing about Enterprise that I found interesting is that it takes place before all the other series, yet the technology looks the most advanced. But I guess that’s what happens when you go backwards in time. But it did seem more military. The Enterprise on TNG looked like a cruise ship. I was never in the military, but it seems to me that a spaceship that is out for months would be a bit cramped.

I saw the new movie a few months back. Once again, I liked McCoy. I think they got the perfect guy. A lot of people rave about how much Zachary Quito looks like the old Spock, but I think with the ears, eyebrows and the Spock haircut, you could make a lot of guys look like Spock. The guy they got for McCoy does look a lot like the old McCoy. I did not like the new Scotty. He seemed too goofy to be an engineer.

I don’t like having to wait four years for a new installment. I think a TV series would have been better.

Postscript: Karl Urban is younger than DeForest Kelley was during the original series, but I still think there is a strong resemblance.

I think that in the new movie the two characters that were most like the original were Spock and McCoy. Uhura was the most different. Sulu, Scotty and Chekov were not fleshed out very well. Squeezing all those characters into a movie can be tough. One thing I noticed about the spin-offs is they always tried to give each main cast member at least one line in each episode. Usually it was someone stating something obvious. So obvious you could feel insulted if you were actually paying attention. Perhaps there were contractual reasons.