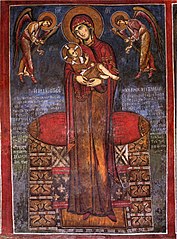 It is time for the April, 2013 dividend income report.

I sold a few stocks that I thought were not growing their dividend quickly enough, or had gone up in price a lot. (Granted, in the past few months a lot of stocks have gone up in price.) So I have fewer stocks, but the income from the stocks I have kept has increased.

There was an interesting milestone: I got $43.01 from Kimberly-Clark. That is the most I have gotten for a regular dividend.

Here are the stocks: