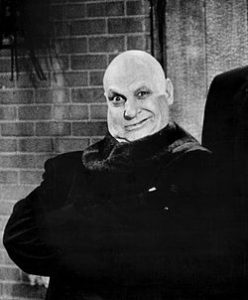 I would like about the declining reputations of a couple of Businessmen Of Genius whose reputations are slowly declining, but ought to decline even more.

The first is Marc Andreessen. He invented the first graphical web browser. Either he should have taken his money and left the Bubble of Self-Absorption (aka Silicon Valley) for good, or he should leave now.

He runs a venture capital firm called Andreessen Horowitz. Some of their investments include Facebook, Groupon and Zynga. So he is definitely causing the patented Technology Uselessness Meter to go into the Red Zone.

He is also on the board of HP. He joined in 2007. He was a major force behind making Léo Apotheker CEO. Apotheker was appointed CEO by the board even though most of the board had never met him. After Apotheker quit, several board members quit. Except MA.

MA was also a major force behind the acquisition of Autonomy Corporation, which is also turning into a disaster. Somehow MA is still there. I guess he really deserves the nickname “the Golden Boy”.

He recently published an article explaining Andrew Mason’s farewell letter to all of us in the unwashed masses. MA defends Groupon’s use of non-standard accounting metrics. You have no right to question the man behind the curtain because MA was “someone who was in the room as an observer at the Groupon board when the decision to use these metrics was made.” Ignore the fact that whenever any other company does the same thing it’s a red flag.

The questionable metric is adjusted consolidated segment operating income. It is a fancy way of saying that “Instead of making $A, we would have made $B if we did not to pay expenses C, D and E”. Bloomberg compared it to a baseball player calculating their batting average and excluding all the times they struck out.  Some people call these non-standard metrics “earning without the bad stuff”. Has Andreessen lost his marbles completely? Groupon deserved hatred for its BS in the financial filings. “Hey, we would make a lot of money if we did not have to pay some of our costs!” If an individual said they would be rich if they did not have to pay for food or shelter, we would say they were idiots.

MA also said he doesn’t like to leave the city limits of Menlo Park, or Palo Alto, or whatever Silicon Valley shithole he lives in. If a farmer is a closed-minded doofus because he never likes to leave Snotrag, Iowa, why is it okay to never leave Navel Gaze, CA?

The other fallen idol is Jack Welch. The guy who made millions as CEO, got a big retirement package, yet still got money from the company after he left. Everyone gushes over how well GE did during his tenure as Thief Executive Officer. Which was from 1981 to 2001. He was boss in an era of declining inflation and declining interest rates. Perhaps GE investors should thank Paul Volker as well. I think there is a quote in Sun Tzu along the lines of: When a rock rolls down a mountain, it is the mountain that makes it more effective.

Plus this guy promoted Robert Nardelli to a position of leadership within GE. After GE, he ran Home Depot and Chrysler. CNBC ranked him as one of the Worst CEOs of All Time. Considering what a cheerleader for CEOs CNBC can be, that is saying something.

Mr Welch made news before the election when he accused the Obama adminstration of cooking the books on the unemployment numbers. Being accused of cooking the books by Jack Welch is like being accused of having an addiction by Rush Limbaugh: Is it the voice of experience, or false projection? Many people have pointed out that under Jack Welch, GE’s earnings were always just a penny above estimates. And the growth over time had been really smooth. People criticize the earnings growth under Jeff Immelt. The graph is a lot more volatile now than it was before.

I guess the world is full of people who think they are straight talking tough guys who really can’t handle the truth.

One Reply to “Fallen Business Idols”