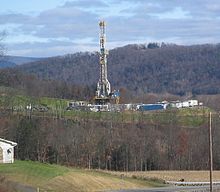 I posted a week or so ago that there were a lot of articles debunking the concept of “peak oil“, and they all showed up at the same time. I wrote why I thought peak oil is still an issue.

Now, going through articles on The Drumbeat, we get two articles joining the debunking of the debunking of peak oil. “Watts Up, Vaclav? Putting Peak Oil and the Renewables Transition in Context” spends more time talking about the transition from oil to renewables than about peak oil. The author, energy analyst Chris Nelder, looks at some works of Vaclav Smil, Distinguished Professor Emeritus at the University of Manitoba in Winnipeg, Canada. One of Smil’s “peak oil isn’t happening” articles that Nelder looks at was published by the American Enterprise Institute. It seems like conservatism in this country is really more about sucking up to the wealthy and big business than freedom for individuals.

“Dangerous Times As Energy Sources Get Costlier To Extract” by Stephen Leeb (in Forbes of all places) is pretty much all about peak oil. He talks about energy return on investment,” or EROI. As I wrote in my post: We are spending more money to get the same amount of oil. He also introduced a new acronym: RROI, or resource return on investment. It’s a new acronym, but not really a new concept. He points out that oil drilling requires water. Food production requires both water and oil (in the form of refined products). Electricity, mining and manufacturing all depend on water, oil, and in some cases each other. So if oil drilling starts using more water, it could start a price spiral.

I think RROI will be mentioned more in the future. I have noticed over the past few weeks The Drumbeat is including more articles on peak water, and today I read one on peak soil. Maybe the “peak X” meme is overdone, but the basic concepts are valid: We are running out of stuff to make our stuff.