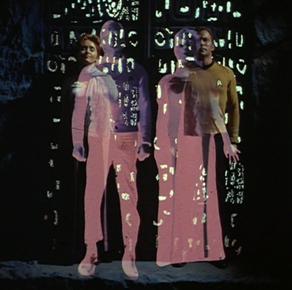 I read an article that Cleopatra (died 30 BC) lived closer in time to the present day than the Great Pyramid of Giza (built around 2500 BC).

I had a similar realization that made me feel kind of old.

The last episode of Star Trek: The Original Series was broadcast was broadcast in 1969. The last movie with the original series cast came out in 1991.

I saw Into Darkness in the theaters recently. It was pretty good.

And yes, I know if you take months into account (as opposed to just going by the year as I did), the time spans are not quite equal. But it will be true pretty soon.

Images from Memory Alpha and Memory Alpha, copyright owned by CBS, assumed allowed under Fair Use.