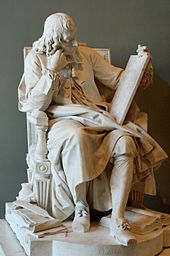 There was yet another post about atheism at The Immoral Minority recently. Someone (presumably a theist) asked Richard Dawkins, “What if you are wrong?”

He points out that anybody could be wrong, and that most people believe in the religion that is dominant in their culture.

Another good answer to a christian asking this is: What if YOU are wrong? It amazes me that they never consider this possibility. I think you have to be really arrogant to devote your time to getting other people to changing their mind about religion and admitting they are wrong, but at the same time to never consider the possibility that you could change your own mind.

There was another good comment pointing out that if some god created the world, he had to know the consequences of his act of creation, yet did it anyway. A great response to that is that god frequently sees killing sinners as the solution.

I presume the “consequences” that commenter referred to is the fact that according to most christians (and muslims and possibly other religions as well), most of the people who have ever lived will be tortured for all eternity. Yet christians like to think they have a positive, life-affirming view of things.