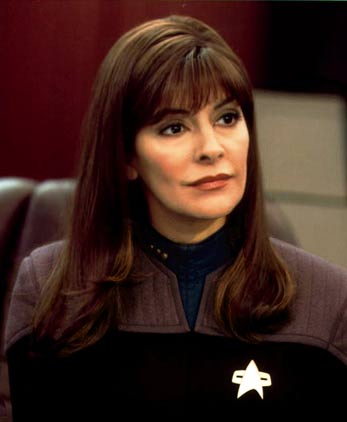 I watched a couple of episodes at the Star Trek site.

One nice change is they are not playing commercials during the commercial breaks. I hope this does not cause them to lose income and eventually take the videos offline again.

I also noticed only Enterprise is in widescreen format. The other series look more primitive. Perhaps the fact that the older series are starting to look a bit dated might be part of the impetus for a new incarnation of Star Trek.

I think they should have put Troi in the standard uniform from the very beginning. She looked good in it. I think towards the end of Deep Space Nine Kira also wore a standard Starfleet uniform. I think that should be standard for all women.