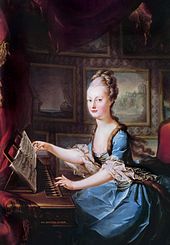 The “Technology Is Useless” theme has a couple of major sub-points: Most of what is going on in the technology space is not as innovative as many people think (especially the people doing it) and it is not being directed towards serious problems our society is facing.

Part of the cause of these is that a lot of people in the technology/startup world are not as smart as they think they are, and many of them live in a bubble. Maybe it is impossible to be a human and not live in a bubble. But if you are really so smart, you should at least be aware of it. I do not mean living in an economic bubble, but more in the sense of living in an echo chamber, and associating with people who think the same way you do.

Technology is pretty male-dominated. It may be impossible to declare a King of Useless Technology. But I may have found the Queen: Danielle Morrill. At this time, her blog has a picture of San Francisco at the top of every page.

Her tagline is “I can see the future, because I live in it today.”  What sort of future do you live in? Do you get electricity from a fusion reactor? Do you have an electric car with a range of 500 miles? Are your goods shipped in a cargo vessel that is powered by a nuclear reactor instead of diesel? That is the sort of future we need to working towards. Not going on and on about startups over and over again.

She also says “I’ve received most of my education in business working for my father’s finance consulting company, Reliant Consulting & Research, from the time I was 12 years old.” Finance consulting is another example of uselessness. How many people do you need to hire to refer people to Vanguard?

So it’s a startup about startups. Is it a bubble within a bubble, or a bubble around the bubble?

She closed a prior startup she ran because she did not want to become a “zombie startup“, which she defines as “startups out there who are still ‘operating’ but might as well not be”.

More startups fit that definition than you think.

2 Replies to “The Queen Of Useless Technology”