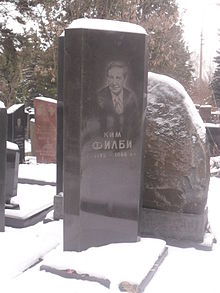 I have been thinking about writing something about Edward Snowden for a while. Why Snowden Won’t (and Shouldn’t) Get Clemency articulates a lot of my thoughts on the subject. For the sake of completeness, I decided to write some random notes on the topic.

When I first heard about this Snowden person, I thought he was not too bright. Here is a guy who is going on and on about how governments should not spy on or oppress their people, and he says this while he is in China. Then he flees to Russia, on his way to Cuba. I have gotten the impression that this guy is a Russian spy. Perhaps a real spy would not out himself, but in many ways he is acting like a Russian spy. They benefit from his disclosure. I am sure there are things he knows that are not in the files, and they can get that out of him too. If he had gone to Bolivia or Ecuador, those files would still be out there. But running to his Sugar Vladdy just rubs me the wrong way.

Why didn’t he just go to South America to begin with? I have read that the NSA places some travel restrictions on its contractors. I think they also have restrictions on leaking classified information, but Snowden didn’t seem to have a problem with those rules.

During his stay at the Moscow airport I read quite a few articles in which reporters tried to find any sign of Snowden or where he was sleeping at night. Nobody could figure out where this guy was. Perhaps that was all a big show.

This guy is kind of like the Bitcoin fanboys who rub virtual shoulders with the Russian mafia and Mexican drug lords. I find it odd that there are a lot of people who go on and on about how they do not trust the US government, yet they seem to have no problem with their new friends. You may not like having to choose between the lesser of two evils, but you really need to look at the other evil.

From what I have gathered, Snowden never contacted anyone in Congress about his misgivings. He supposedly raised his concerns with people higher up in the NSA. If so, let’s see the proof. Feel free to send me a link to that. He seemed to wait for what he felt was the right moment. He took the job at BAH just to leak files, and even used other people’s passwords. That hardly seems noble. All this time he was making about four times the median American income. What moral dilemmas did he face? Perhaps none. I really do not know much about how spies operate. But taking a job at a specific firm for the purpose of leaking files sounds like something a spy would do.

There have been a lot of indications that Wikileaks is pretty close to Russia. I looked on the Wikileaks site, and I could not find a lot of Russian leaks, and the ones that they had were kind of old. They seem to really not like the USA. Are they against government leaks, or just some governments?

This guy seems pretty high on himself. He goes on about how he put himself at risk to leak documents. No, you went back to your paymasters, so you were safe all along. At one point he said there were things that he would never reveal, not even under torture. First off, I don’t care how much of a badass you think you are. I have heard from people who have been in combat that you never really know how you will react to a stressful situation. Sometimes the person you think will panic saves the day, or vice versa. Secondly, flaunting your anti-torture psychological strength in Russia may not be the smartest thing to do. The FSB just might say, “Challenge accepted.” Unless, of course, he is on their side. Lastly, this is a guy who could not finish either college or basic training. He seems like someone who was just drifting through life. Where does he get this idea that he is a badass? Is there an amateur SERE meetup in Hawaii I am not aware of?

Anyone who thinks they can lecture the world about freedom while they are depending on the good graces of the Russian government and Sugar Vladdy is an idiot. Anyone who supports someone like that is an idiot.

Image Of Kim Philby memorial in Moscow from Wikipedia, assumed allowed under Fair Use