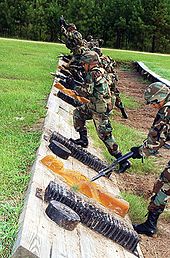 I am cleaning house. Here is something I found in a text file that I posted on a forum. I posted that I don’t think people who never served are not allowed to have an opinion on the military. It is a repeat of some of the thoughts in “Military Opinions.”

When I said that

It’s a volunteer military, and I’m helping to pay for it. Why do some people think you have to “serve”?

I was not knocking those who served.

But I don’t think that not serving means I cannot have an opinion on the military. Why protect my freedom if I can’t have freedom of thought?

We spend as much on the military as the rest of the world combined. Do we really need to do this?

We have spent billions on a war in Iraq that was based on lies, and was not actually declared by Congress per the Constitution. Am I unpatriotic pointing this out?

There have been a lot of weapon systems that came in late and way over budget. Some were junked without ever being used. Why do a lot of people think that a strong military means giving military contractors a blank check no questions asked?

I have found that veterans usually do not mind me asking questions. Middle age conservatives who were never in the military and think the answer to all our problems is to bomb someone (and then turn around and ask “Why do they hate our freedom?” when things go wrong somewhere) usually do get upset. And I think a lot of them feel guilty.

Obviously, if nobody joined the military, there would be problems. But since it is a volunteer military, nobody (at an individual level) is required to join. And if someone else feels guilty for not joining, that is not my problem.