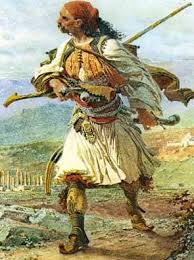 I have made some progress in moving accounts, and I am gradually ending my support of a bank headed by a Thief Executive Officer.

The big investors in JPMorgan decided to let Jamie D keep the posts of Chairman and Thief Executive Officer. I still say that those jobs should be split. Especially in a firm that got a lot of state support.

A lot of people hate their big banks and want to quit them. I got a credit card card at a non-bank financial services firm, and I opened a savings account at a bank here in Texas. They do not offer credit cards. I would like to get another one at different institution.

I don’t know where I will get a checking account. If I went with the Texas bank, I would not be able to use ATMs in other states. They do have a deal with 7-Eleven. But sometimes I wonder if I need to use ATMs. I could get cash back at a grocery store or SprawlMart if I need to.

I might get a credit card through my broker. I could get 2% cash back and put that towards my IRA account. But sometimes I wonder what the point is of credit cards that give cash back. Especially after I had to spend a night in Atlanta due to a missed connection; there was a mechanical failure on the plane in California, so I missed my flight out of Atlanta. Instead of giving away free flights, why can’t the airlines make their service better?

Image from Wikipedia, assumed allowed under Fair Use. Armatoloi were robbers who were granted amnesty by the Ottoman Empire and allowed to rob/suppress the populace.

One Reply to “Update On Moving Accounts”