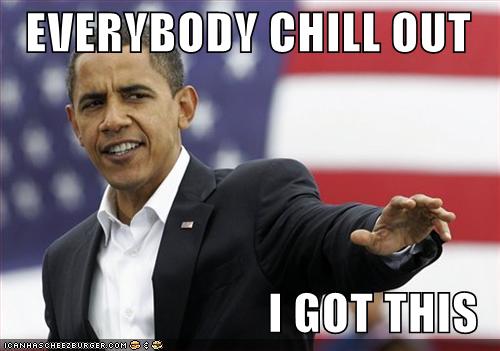 We see it when people talk about the inability of government to solve our problems, or pass any meaningful legislation. “Both parties are to blame”. Democrats have been willing (sometimes I think too willing) to compromise, while Republicans have not. And our so-called “liberal media” has been either perpetuating or going along with the “both sides” meme.

Now, President Obama is calling out the media in speeches. There is an article about it in the Washington Post. He lists issues that Republicans have not been willing to discuss, and legislation they have torpedoed. You can’t blame both parties for Congress being broken when one party wants it to be broken. You cannot blame government for being ineffective when a lot of people in it do not want it to be effective.

The article was also mentioned in The Immoral Minority, Salon and a site I had not heard of until now called Driftglass. I will have to look at this Driftglass site. He (or she) says he was talking about this for a while, as I have.

Go read them. There are some pretty good quotes from Obama on the topic.

Image from Hollywood PQ, assumed allowed under Fair Use

One Reply to “Obama Takes on False Equivalence”