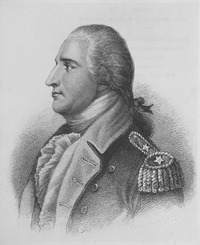 So our good friend Edward BenedictArnoldovich Snowden gave an interview to NBC in which he stated that he raised concerns within the NSA. Glenn Griftwald said this was an important revelation.

Then NSA released an email in which Snowden asked a question about whether executive orders supercede federal statutes. Granted, before this the NSA said there was no paper trail. Perhaps they were looking for something substantive. When the email turned out to be underwhelming, Greenwald had nothing more to say on it. Did he know about the supposed paper trail?

As many commenters at Little Green Footballs pointed out, this email was sent after Edward I-Love-My-Sugar-Vladdy Snowden had already been in contact with Greenwald and Laura Poitras. Snowden and Greenwald said there are more emails that the NSA has not released. Many commenters pointed out (as I did) that it seemed odd that Snowden and Greenwald have not released those emails themselves. I think Snowden did not keep those emails. If these people were smart, they would have released those pretty early. I know that 1.5 million documents is a lot to go through, but I would guess something that corroborates your story would be at the front of the list. (See Note 1 below.)

Snowden says he was trained as a spy. Didn’t they cover that in spy school?

I have also looked at a few lists of the documents. Yes, there is a LOT of spying on Americans. But there are also a lot of examples of the USA spying on foreign countries, their leaders and their citizens. I really don’t like that, but I really don’t think people in other countries have any rights under the US Constitution.

Plus some of the documents were looking at the activities of Iran, Russia and China. I really have no issues with the US spying on them. At all. Anything that makes China or Russia stronger relative to US/NATO is a bad thing in my opinion.

The UK has said that some criminals have gone off the radar thanks to the Snowden leaks. He has released info on spying by the US, UK, Canada, Australia, France, Sweden and the Netherlands. Why haven’t Snowden/Greenwald/Wikileaks shined a light on China and Russia? I do not have high expectations for China or Russia as beacons of freedom or democracy. It just seems odd that Snowden/Greenwald/Wikileaks say they are advancing freedom, yet their actions all seem to benefit China and Russia.

Snowden may not be a Russian spy, but the Russians have said they have had their eye on him since his time in Switzerland. That is interesting, because people who think that he is a Russian spy think he became one in Switzerland. So if he is not a spy, then perhaps Russia has been using him all this time.

Did Snowden keep the paper trail in which he raised concerns? Did Greenwald lose the files? Why didn’t Snowden only take files about NSA surveillance on Americans? Did not know how to only get those files? Or did he not care?

Are Snowden, Greenwald and Wikileaks stupid and incompetent? Or just apathetic and evil? Is one better or worse than the other?

I really hate it when people who don’t know what they are doing tell me they are looking out for me freedom. I’ll take my chances before trusting idiots.

Image of Snowden’s other role model from Wikipedia, assumed allowed under Fair Use.

Note 1: 2015-02-21_16.41.25: I would hardly call a question about legal supremacy “raising concerns”. Yes, he raised some concerns, but not the sort he raised after he defected. Plus, I wonder this email chain they mention ever existed. It seems odd that he steals thousands of files, yet forgets the one that would prove he’s not a spy.

One Reply to “More Thoughts On Snowden”