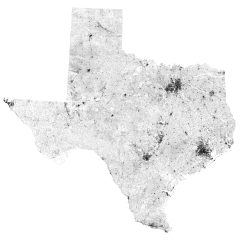 A few writers on the Texas Tribune Tribcast were wondering how much more conservative can some of the policies get, especially with abortion. I write this in jest, but it may come to pass: Perhaps there will be a menstruation fee, since that is a potential fetus leaving a woman’s body. If they are willing to lie about the timelines for fetal pain and fetal heartbeat, what would stop them from saying life begins at ovulation?

Governor Goodhair is leaving the scene. He was a state representative for six years, then Ag Commissioner from 1991 to 1999, Lt Gov for about a year, and was the longest-serving governor in Texas history for 14 years. What is it with conservatives who spend a long time in government, all the while saying government is the problem? (And Republicans think the answer to bad government by Republicans is to elect more Republicans.)

We might see less “crony capitalism” here in Texas. Perry started the Texas Emerging Technology Fund and the Cancer Prevention and Research Institute of Texas, which seem to steer a lot of money towards Perry’s contributors. He also started the Texas Enterprise Fund, which unlike the other two does not have a reputation for being a slush fund for his friends, but does play a part in bringing business to Texas. All three have not always been closely monitored to ensure that companies were creating as many jobs as they claimed they would. Perry is one of those conservatives who think the government should stay out of the free market when it comes to clean air and water, but not when it comes to giving money to people and companies that do not really need it.

If Texas is such a great place to do business, why does the state have to bribe them to come here?

Perry is also famous (or infamous) for going to states with Democratic governors and telling companies based in those states to come to Texas. In all seriousness, why did he never go to states with Republican governors? If you really think that Texas has a better model that all 49 of the other states, then why not say so in all 49 of them? For one thing, you might inadvertently inspire companies in those blue states to look at other red states, and not come to Texas. And why is it that Perry would ask people from more educated states like California and Illinois to come to Texas, but he never went to Mississippi or Alabama? Does Perry want people from more educated states, or does he need them to come here? Whose model is really being validated here?

In other words, Perry is practicing corporate socialism: It works until other states run out of educated workers.

And then there is our new governor, Greg Abbott. Mr Stuff For Me, But None For Thee. He is in a wheelchair because a tree fell on him. He is rich because he sued the landowner and landscaping company and they paid him about $14,000 a month for several years. And he has been against accomadations for handicapped people at public facilities, and all for tort reform. I wonder what would have happened if Greg Abbott’s policies had been in place when the tree fell on him. But I am sure there is some convoluted legal argument about why it’s okay for him but not for you.

While he was still AG, his office ruled that chemical plants did not have to file reports about what compounds they had at their sites. The reasoning was that terrorists might use that information. But then Abbott said if anybody wanted that information they could just ask the chemical companies. If I can just ask for it, why can’t a terrorist just ask for it?

It is hard to believe that this is happening after the disaster in West, Texas. There is a town called Athens that almost had a similar disaster a few months ago (see here and here). Abbott said all you need to do as a homeowner is drive around your town to see if there are any potential risks.

This sounds like the typical conservative idea that companies need to be coddled and shielded from any liability or responsibility for their actions, and all the burden is on citizens. I think that companies should file that information with the government, and it should be available to citizens. If a company is putting people at risk, the burden should be on the company to tell people. Conservatives talk about responsibility, but they always seem to shift it to the people least able to bear it.