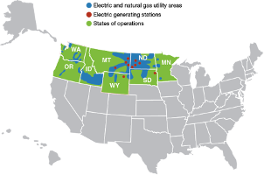 After being a dividend growth investor for five years, I have started listening to the conference calls of some of the companies that I own shares in. Eventually I plan on getting to the calls of companies I am interested in as well.

One of the companies that I started with is MDU Resources, ticker MDU. They are based in North Dakota. They have multiple lines of business: utilities, oil exploration, pipelines and construction. For the most recent quarter, the percentages of earnings from each division was: 38% from construction, 22% from utilities, 8% from pipelines, and 32% from exploration and production.

One reason I am listening to their calls is the decline in oil prices to see how it affects them. On one hand, they are not just an oil driller, so the price decline will not sink them. On the other, while they are diversified in terms of industries, a lot of their activity is in the Dakotas. Oil prices did decline during the period covered by their most recent quarterly report, but the consensus is that oil prices might fall further.

I have over 50 shares of MDU. I would like to get all my stocks up to at least 100. I think for now I will wait to see what happens with MDU. Their earnings increased last quarter, but not by much. Their exploration is concentrated in the Bakken, so there is some risk there.

On the other hand, they have paid a dividend for over 50 years, and raised it for almost 30. The company seems committed to keep raising the dividend. They managed to keep raising it during the financial crisis of 2007-2009. If they could keep things afloat during that period, I think there is a good chance they will keep the company profitable going forward.

Image from MDU Resources website, assumed allowed under Fair Use.