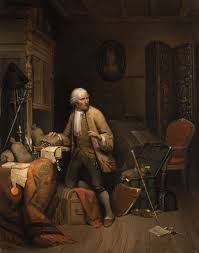 I made some more progress on moving accounts and leaving JPMorgan Chase (see previous posts here, here and here).

I got an account with a credit union. The point is to get a credit card through them, and get rid of my credit cards with Chase. The credit union only has branches in Texas, but if I move I can still do online banking.

I opened the account via video conference. Someone led me into an office, and I spoke to someone in San Antonio. I filled out all the forms and scanned in my ID. I was able to join because I work for a company that has an affiliation with them.

They do offer a credit card that gives cash back. The teller told me that if I don’t redeem the cash, they automatically put it in my account once a year.

I was thinking about getting a credit card that is affiliated with the broker who holds my IRA accounts. I could get cash back and have it go into my IRA. But I did some digging, and I found out they are owned by Bank Of America. That would put me right back with a big bank.

Plus, I worked for Bank Of America for about nine years. I would say things did not end well. When the big financial crisis happened, they lost billions of dollars, and they made some of it up by canning me and a few thousand other people. I got a severance of a few months. I do not know anyone who made the headlines, but there was a bozo a few levels up who was able to negotiate a severance. Even though lots of us got the axe plain and simple. This guy was supposed to oversee three groups. I found out through the grapevine that all three of us thought we were being ignored because he was focusing on the other two. So what was he doing that whole time?

I honestly think once you make about $300,000 or so a year, you get to skate from one job to another without any penalty no matter how badly you do.

Image from Wikipedia, assumed allowed under Fair Use, linked on the page for theft.