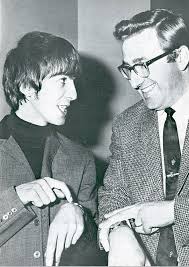 I know many say the concept of synchronicity is BS, but I did notice an interesting sring of coincidences over the past couple of weeks.

Paul Krugman wrote a piece about Stephen Moore, a right-wing hack. He pointed out that a lot of these conservative hacks keep making predictions that are not true. Yet they never seem to suffer any negative consequences for constantly being wrong. The basic thrust of the piece is questioning why these “pundits” are not forced to find other work.

One of the commenters wrote something that explains it:

Ah but they’re not “predictions.” They’re simply statements about the world works couched in predictive language. You’ve got to remember, these people are deductive not inductive reasoners. They don’t build a model from observations and refine the model to reflect new observations. They know what they know and that’s that. Everything follows from first principles. You don’t *need* to make predictions if you have faith. After all, what’s a better demonstration of “faith” then believing something when all evidence points against it?

I supposed we could see if it’s turtles all the way down, and ask why they think that way. But it does seem to answer the immediate question.

Then there was a post on the Meditation subreddit in which the poster noted that of all the religions, the Buddhists seem to get more things right than everybody else, and asked why that is. Again, there was an interesting comment:

Generally I could say though that one camp is “sky religions”, prophetic.. and the other is “earth religions”, born out of observation and contemplation instead of prophecy. If you make conclusions based on observations you have a good chance of being right..

Then on March 7, CFI Austin had an event with Ryan Bell, a Seventh-day Adventist preacher who decided to go “a year without god,” and then decided to make it permanent (his website is here). He said becoming an atheist was a long process for him. A big part of it was that he had a hard time believing that people who believed differently than he did would go to hell, even if they were moral people.  He felt that way about people in other denominations, other religions, no religion, gay people. He could not accept that someone who treats others well will go to hell simply because they have the “wrong” belief.

If I had to choose one of his categories of Christianity, I would go with the liberal camp. But I think (and he seemed to agree) that eventually you keep interpreting the Bible so much that there is nothing left.

I also read a couple of articles recently that kind of hit upon this with regard to taxes. Minnesota increased taxes on the wealthy and increased the minimum wage, and things are going pretty well there. A column in Bloomberg pointed out that California is also doing pretty well since Jerry Brown raised taxes on the wealthy. I am sure that taxes can go too high, but a lot of conservatives always seem to think that raising taxes is always bad and cutting taxes is always good. Minnesota and California have not reached the breaking point. Cutting taxes has not worked out too well in Kansas (see here, here, here). And Scott Walker has not gotten the job creation he said he would either. Conservatives usually want to move everything to the right. The Laffer Curve is the only thing they want to move to the left.

The article on Minnesota was in HuffPo. The commenters there generally acknowledged reality. There was a bit more conservative distortion on the Bloomberg site. Some of the people there basically espoused the right-wing doctrine: If Plan A does not work, keep trying Plan A.

I would like to live in a world without tax. But I like having roads, being surrounded by educated people, and have some confidence that food at the grocery store has a good chance of not killing me. It would be nice to get all that for free, but just because I want it all for free does not mean I can get it for free. You can try to look at the world as it is and then try to make your way within that, or you can only think about what you want and then spend your life complaining about the price.

Image from source unknown, assumed allowed under Fair Use. I wanted an image of people synchronizing watches, and I found one of George Harrison. How cool is that?