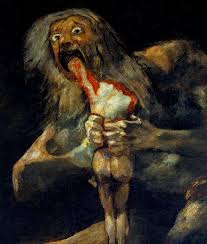 Back about 10 or fifteen years ago, many people in technology pushed open source because they distrusted Microsoft. There were other reasons, but it seemed to me that was a major motivation. When the world runs on software, the idea of one company having oversized influence on the software industry scared people.

Now, I go to technology meetups, and I am usually the only one using a non-Apple laptop. Yet everyone thinks they are edgy, cool and an independent thinker simply because they use Apple products. Sometimes I am reminded of that scene in Life Of Brian: Yes, we’re all individuals.

As Microsoft got bigger and more powerful, people fear and hated them more, and trusted them less. As Apple gets bigger and bigger, people seem to love them more. Yes, their products look better. But does “shiny object” really change everyone’s opinions on things? Is it really enough to remove objections about market power? It seems to.

I once saw Jim Cramer on Mad Money rave about what a great company Apple is. He mentioned they had changed the music industry through iTunes and the phone industry with the iPhone, in addition to influencing their original lines of business. He pointed out they displaced a lot of companies (and a lot of jobs) in those industries.

Now there is an Apple watch. The co-inventor of the Swatch thinks the Apple watch could displace a lot of people in the Swiss watch industry. Now there are rumors that Apple might make a car (but some people don’t think they can pull it off).

Am I the only one who sees a problem with this? Sure, the free market is great. Yes, things change. Yes, there is creative destruction, and people find new work. But we are talking about one company doing a lot of displacement in multiple industries. If a web site forced you to use IE years ago, people complained. If a service is only available on iPhone, nobody seems to complain. Unless they are mistreating Chinese workers, people seem okay with Apple eating the world.

I really don’t get it. People seem to want Apple to get bigger. I went to a meetup with the Austin Internet of Things group, and a few people expressed concern about what Google and Nest are doing with peoples’ information. Yet I rarely hear about this concern with Apple.

A gilded cage is still a cage.

Image from the 19th century, assumed allowed under Fair Use.