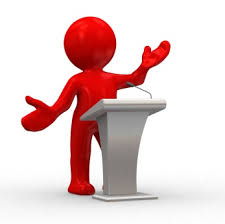 As someone with a degree in exercise physiology, spends more time than I should in the bowels of Reddit and Craig’s Lust, and a guy who tries in general to pay attention, I have noticed a few things about the use of language by some of the larger members of our society.

It is interesting that a lot of fat people like to say they have “a lot of meat on my bones”. You might have some meat, but frankly you also have a lot of fat on your bones, and that’s the turn-off.

Fit women never call themselves “curvy”, yet they themselves are not rectangular.

A lot of fat women describe themselves as “sassy”, and say they are a “queen” or a “goddess”. I don’t hear these words from fit women.

Fat people think they are “normal”, and everybody smaller than they are is “skinny”, as if being “skinny” is some sort of condition. Thin people seem to describe themselves as “thin”. As far as fat people calling themselves “normal”, it implies that fit people are abnormal. Then again, maybe few fat people have friends that exercise.

Usually when a woman calls herself or another woman “a real woman”, it is someone who is fat. Has any women pointed to a women who runs marathons and called those women “real women”?

Image from University Of Tennessee Institute of Agriculture, assumed allowed under Fair Use.