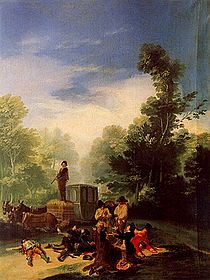 I have gotten rid of all of my accounts with JP Morgan Chase. I am not TBTF Bank-free.

Then when I got the card, there seemed to be no way on their website to make a payment. I made a small payment through my bank. It took about a week, which I really did not like.

Then I went back to the credit union site, and it turns out the credit card is run by a company EZCardInfo. I have not been able to figure out who owns them. They seem to do third-party credit card processing for a lot of credit unions. When I searched for excardinfo on Google, I got a lot of hits to the sites for different credit unions. I had to set up an additional user name and password with this site, I had to pick a security image, and go through four security questions. It’s nice that they take security seriously, but it would have been great if I had an idea of how many steps were in the process as I was going through it.

So after I made a few payments, I called Chase and shut down both of my remaining Chase accounts.

I do not know if I will stay in Texas for the rest of my life. If I do not, having banks in Texas may be more hassle than it is worth. But a lot of people say they are tired of the big banks kicking them around, yet the market share of the big banks actually increased. Maybe a lot of other people have tried this experiment and failed, or maybe a lot of people do not strive for consistency in their lives.

That said, I might still invest in Wells Fargo. I know they have kicked some people around, but I have accepted it might be necessary to have a bit of amorality when investing.