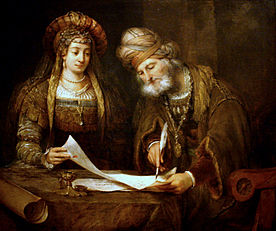 Going through some files, I found a small piece that I think I intended to post as a comment on The Immoral Minority. I did some searching, and I don’t think I ever posted it.

I think I wrote it during the 2012 campaign for president, since I quote something that Rick Santorum said.

To 7:47:
“And overthrow these folks who think they know how to orchestrate every aspect of your lives.”

Did Santorum really say that? The guy who probably has wet dreams about forcing people to church at gunpoint said that?

In all seriousness, how do some of these conservatives function? They go on about “freedom”, yet they seem to have very definite ideas about how other people are supposed to live their lives. Given that many of them are religious nutcases, they also seem to want to control the thoughts inside your head. If I have fewer rights because of my beliefs (or lack of belief), then what sort of “freedom” is that? Conformity is not freedom. Obedience is not freedom. I don’t know if I could define freedom, but I do not want the “freedom for some” that these people are pushing.

Plus if you took what Santorum was saying, and told his supporters that a Muslim cleric was saying it, then they would be horrified. Why is Christian Sharia Law any better than Muslim Sharia Law?

Also, here is a quote from a comment that someone else left on The Immoral Minority in 2015 that I liked:

You righties mock the Islamists, yet you do the same things: glorify weapons of death, glorify those who use them, teach the usage of weapons of death to children, and by your ideology teach your people to hate the ‘other’ – thus ensuring that eventually, the ‘other’ is obliterated by your weapons of death. All because you, just like the Islamists, are totally lacking in any positive, socially transformative, ideas that are uplifting to your fellow man, including those with whom you disagree. ‘Love your neighbor as yourself’ is anathema to you, just as it is anathema to the Islamists. Your ideology is ‘obliterate your neighbor’, the same ideology that they have.

Image from Wikipedia page on Aert de Gelder, assumed allowed under Fair Use.