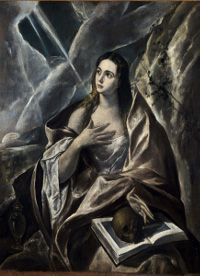 I have read James Altucher’s blog for a while. It is pretty interesting.

I have been trying to put his Daily Practice into place. I admit I am not always successful. One thing I am trying to do is building up my idea muscle by listing out ten ideas a day.

Some of his posts are pretty repetitive. He tells his life story over and over again. He had a few jobs, ran a few funds, and repeated the cycle of making and losing money a few times. He had a drinking problem. At one point his first wife called the police, and they convinced him to spend the night in a hotel. He says he hit rock bottom, and the Daily Practice saved him. He tries every day to do something for himself emotionally, spritually, physically and mentally.

His main mental practice is to come up with ten ideas every day. They could be about anything. New businesses. Books he could write. Topics he would like to read books on. Features a web site should add. Reasons people should not own a home, or go to college. How to implement ideas from a previous day’s list.

The point is to work your idea muscle, and strain your brain. He says that sometimes he gets more than ten ideas, but he always tries to get at least ten. He says the first five or six are usually pretty easy. Then it gets pretty hard. Sometimes the ideas are pretty bad. Nobody could come up with 3,650 good ideas for a business in a year, and then do that again the next year. The point is to build your idea muscle.

He tries to make lists of ten, because the goal is to get himself to think about things, see things differently and make connections. Frequently he will find the first five ideas easy, and the next five difficult. This is what builds his “idea muscle”. And he does not say that all of these ideas are good or that they will go anywhere.

So far I wind up skipping a day a lot, and sometimes have to do two lists a day. He says it takes six months to become an idea machine. He says when that happens, your life will change every six months. I would like to be rich. Who wouldn’t? I don’t expect to be a billionaire in six months. But I do not like my job, and I do not know enough about the technologies that interest me to get a job in them. Not yet. But maybe being an idea machine will help.

His wife wrote a book called How To Become An Idea Machine. I might buy it, since sometimes I don’t know what to use for a list topic.

Hopefully I will stay consistent, and have a better life in six months.

Some posts from James Altucher about different types of lists:

Note: I also discuss idea machines in a later post.

Image from Museu de Montserrat, assumed allowed under Fair Use.

One Reply to “Idea Lists and Idea Machines”