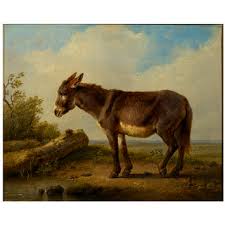 I do not think I will be supporting Bernie Sanders.

I agree with him more than Hillary about Wall Street’s influence on society. But he seems pretty weak on other topics. He’s in his 70s, he has been in Congress since 1991, and he still has a hard time talking about foreign policy. I think Hillary Clinton responded to Black Lives Matter better than he did.

Hillary’s general preparedness really struck me when she had her marathon testimony in front of the Benghazi committee. You had all these Republicans losing their minds, and she stayed firm. This is the crowd Bernie will be dealing with. She has been dealing with right-wing nut jobs since 1992. And the right-wing noise machine has only gotten bigger in the past few years.

He has also said he will not campaign for downticket candidates. That is colossally stupid. He will need allies in Congress, and he is refusing to build any sort of coalition. He thinks he can just go directly to the people. That hasn’t worked for Obama. What is to stop Republicans in Congress from going to the people as well? He is going to need people on his side, and giving Democrats the finger is not going to help him.

He has bad-mouthed the Democratic Pary for years (see this page and this page). As someone who has voted consistently for the Democratic Party, I frankly feel insulted by the idea that this guy now wants my vote after bad-mouthing my choices for decades. You hate us until you want something? I don’t think so.

I hope Hillary gets the nomination. If she does, I think she will win.

I do not think any of the Republicans could win. The past two Republican presidents that rank and file Republican voters loved were Ronald Reagan and George W. Bush. (Despite what they all say now, they loved W when he was running and in office. It was only after it was obvious he was the worse president ever that they decided retroactively he was never a “real conservative”.)

Image from some museum in the Unwanted Kingdom, assumed allowed under Fair Use.