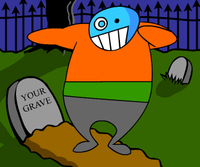 I actually jumped for joy when I read that Scalia is dead.

This is the best thing to happen to this country since Lee surrendered to Grant.

Some people are saying we should be respectful. Express condolences to his family.

Liberals have been nicer. Do we have anything to show for it?

As far as “respect”: A man who was disrespectful towards others in life deserves none in death. I hated the man before he died. Frankly it would be illogical not to be glad he’s dead. 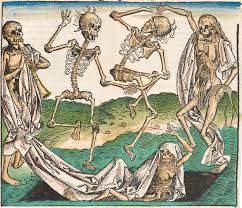 As far as condolences to his family, from what I have read they have the same nasty views he did.

Someone on Twitter thought it was shameful for people to say bad things about Scalia since he had a family, and asked if we would say the same hateful things about our own fathers. I replied that since my father is a drunk who treated my mother like garbage, yes I do. Call a spade a spade.

One reason I really hated Scalia is that he claimed to believe in a religion whose founder told his followers to protect the poor and the powerless, yet he sided with the rich and the powerful every time. For a long time, Catholics in this country were discriminated against. Catholics were the other. Yet Scalia had no problem pulling the ladder up after himself. [1]

And I am tired of people saying how smart he was.

Scalia thought that there was more support for creationism than evolution. First off, this is not true. There is much more support for evolution. The Discovery Institute has had 20 years to make their case and publish some research. So far nothing. Anyone who says that evolution (or climate change) is not settled science frankly is not paying attention to science. (Yet, in true Taxicab Fallacy style, they have no problem enjoying the fruits of the scientific method.) 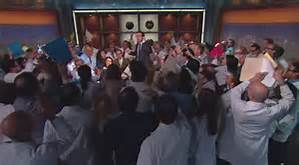 I am reminded of that episode of John Oliver‘s show where he starts moderating a debate on climate change. The denier says that the science is under debate. John Oliver says it is not, that at least 97% of climate scientists say that climate change is happening and that humans are causing it. He says in order to show the true scientific consensus he brings in a bunch of people wearing lab coats. As he said, this “debate” should not be happening. And the same is true for evolution.

Secondly, I think that goes against the position of the Catholic Church  [2].

I suppose it takes a lot of intellectual talent and effort to spend your life saying that up is down, night is day and black is white. But if you go through your life being wrong about a lot of things, and using your intellect to justify things that are not true, then you are really very stupid.

And now, the strict constructionists are not only telling us we should not politicize his death, but that Obama should not appoint the next justice. Where does the constitution say he has to wait? And would they tell a Republican president to wait?

Lastly, some nutjobs are saying that Obama had Scalia killed. They think it’s just “too convenient” that Scalia died. But let’s remember Scalia was

He’s lucky he lasted as long as he did.

[1] Sidenote: There are some things in the Bible that sound pretty good: Be nice to everyone, give to the poor, don’t pray in public. Yet many Christians act the exact opposite. Is there some grand conspiracy going on here? Atheists get the joke Bible that tells you to be nice, but once you convert you get the real Bible, the Jerk Bible.

[2] From the page cited:
Concerning biological evolution, the Church does not have an official position on whether various life forms developed over the course of time. However, it says that, if they did develop, then they did so under the impetus and guidance of God, and their ultimate creation must be ascribed to him.
So I guess they are not really affirming or denying evolution. Sort of like how they have no position on the Shroud of Turin. The Catholic hierarchy may not be smart, but they can be shrewd.

Cartoon image from the always-bizarre Uncyclopedia, assumed allowed under Fair Use and perhaps even Unfair Use (but who knows what the second one?).

Dancing skeletons from a 1493 woodcut by Michael Wolgemut, assumed allowed under Fair Use. Europeans considered many things up for grabs in that decade.

Image of crowd of scientists taken from Google search. It is a screen cap of John Oliver’s show on HBO, assumed allowed under Fair Use.