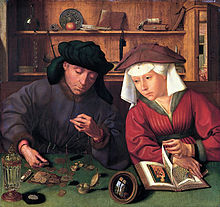 Here is the dividend income report for July, 2016.

July is one of what David Fish refers in his spreadsheet as the “A” months (January, April, July, October). They are usually the months with the smallest totals. The months with the biggest hauls are the “C” months (March, June, September and December). Honestly I have no idea why that is.

I am also looking at LEG and YORW. LEG had a high payout ratio above 100% for a while, but they seem to be coming back to earth a bit. YORW is a water utility. They are based in central Pennsylvania. I looked on Wikipedia, and that area seems to be growing.

In other news, PE ratios are still high. I have not placed any orders. I plan on looking more at LEG and YORW.

Here is a table with the year-to-date amounts, the monthly amounts, and the three- and twelve-month moving averages for each July from 2011 through 2016:

Here are the stocks and the income amounts for July, 2016: