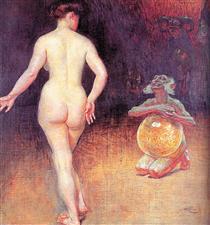 Here is the dividend income report for August, 2016.

I am still on track to make more than I did last year, but not by much. The rate of increase is already slowing. I bought TXN in January, and more ADP and EMR in late June. It will take awhile for the second two to have a big effect. So I think 2016 will be my second-best year for dividend income. Before I started DGI (dividend growth investing), my second best year for dividend income was 2008, when funds in my then-employer’s 401(k) made $5420.86. I beat that last year by making $5472.07. The best year so far was 2007, when I made $6575.54. I do not think I will beat that this year.

It might be awhile before I set a new record. I am thinking about reducing my exposure to oil companies and increasing my exposure to water utilities. I think water utitlies are a better bet going forward, but they have lower yields.

I am still debating whether I should buy new companies, or buy more of what I have until I get everything I own up to 100 shares.

Here is a table with the year-to-date amounts, the monthly amounts, and the three- and twelve-month moving averages for each August from 2011 through 2016:

Here are the stocks and the income amounts for August, 2016:

Painting “Money” by František Kupka, image from Wikiart, assumed allowed under Fair Use.