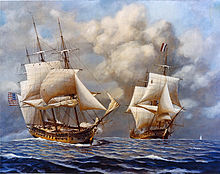 Here is the dividend income report for October, 2016.

In September, STR got bought out. In October, PNY got bought out. And APD and HON had spinoffs. I sold the shares from those spinoffs immediately. They have not announced any dividends, and I did not have that many shares anyway. For one of the spinoffs, I only got six shares.

All of this work has made me consider just going with ETFs. I do not plan on moving away from dividend growth investing. I would just like there to be a bit less effort on my part.

October is an “A” month. Those months have the lowest income. I will have to buy new companies and/or increase my stakes in the companies I own that pay out in “A” months to make up for the income I will no longer get from PNY.

I don’t know why I did not get shares on the companies that bought STR and PNY. I always thought that is what a merger is. Perhaps I did not have enough shares to be part of the new club.

Here is a table with the year-to-date amounts, the monthly amounts, and the three- and twelve-month moving averages for each October from 2011 through 2016:

Here are the stocks and the income amounts for October, 2016: