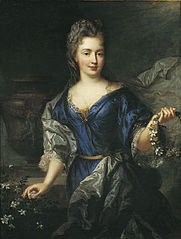 Here is the dividend income report for November, 2016.

For the past few years, my total was going up by about $1000/year, but I think that rate will not hold this year. I will have to live to about 150 to be able to live off my dividends at the rate this is going. Granted, if I rolled over my Roth 401K from my job, I would have a lot more money to invest.

Right now, I am not too sure what to invest it in. PE ratios are still pretty high. But, as I have said, they have been high for a while. But, as Barry Ritholtz reminds us, markets are rarely fairly valued. Maybe next year I will start to buy more. I found a site called Earnings Cast that archives quarterly conference calls for a lot of companies. Another thing to add to my to-do list.

Here is a table with the year-to-date amounts, the monthly amounts, and the three- and twelve-month moving averages for each November from 2011 through 2016:

Here are the stocks and the income amounts for November, 2016: