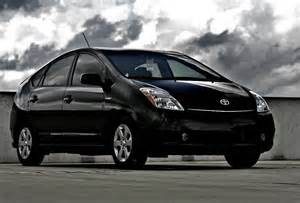 I may have to buy a new car. At least, new for me.

My “Check Engine” light came on. I got it fixed about a month ago. I had to wait around three hours for it to get done, since I do not have a Hot Asian Wife to cart me around.

Then it came back on again a day later. The next weekend, I took it in, waited, they fixed it. The guy said the wire connecting a part to the sensor came out.

Then a few days later it came on again. Same thing. This time he used a twist tie to keep in it.

A few days later, it came on again. Same code. Yesterday I made an appointment, and I waited two hours just to be told they would not be able to get to it that day. I really do not like my free time being eaten up waiting for my car to get fixed. Or not get fixed.

I would hate to get a new car just because of a small part, but maybe it is time. It is a 1997 Nissan Sentra with around 175K miles on it.

The issue has to do with the exhaust. I think I can get by for a few more weeks. The nice thing is that I got my state inspection done right before this all started.

My mom get her latest car at CarMax, and just raved about them. For the first time in 25 years, she is not driving a Honda. (If you felt a disturbance in the force recently, this might be why.)

When I was in Boise, I rented Prii (the official plural form of Prius) and I liked them. I might get one now.

I am not too happy about blowing a big hole in my savings. I think one of the reasons I have been able to save is because I have not had to make any car payments. Granted, I could pay it off at once. But still, that is a lot of money out of pocket. Enough to live off of for six months.

I really hate spending a lot of money.

Image from Bing Search, assumed allowed under Fair Use.