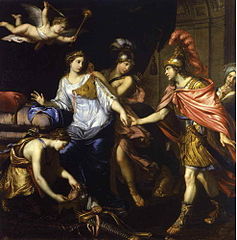 Here is the dividend income report for December, 2016.

RLI paid a special dividend in December, as they have done (in varying amounts) since 2010. 2010 is also when I first bought RLI. It’s almost like they knew I showed up. It is only because of the special dividend that I cracked $1000/month in December. Unless I buy a LOT of new stocks or increase shares in stocks I already have by a significant amount, I will probably not crack $1000/month again until next December. It will probably be a while until making more than $1000/month becomes a regular occurance.

So 10% year growth is not too bad, but not too great considering what I might need. As I stated before, I guess in the back of my mind I thought this double compounding would be really snowballing by now. Shows you what I know.

I will probably start investing in my taxable account again soon. I think this time I will stick with ETFs to avoid complexity. I will do dividend growth ETFs, real estate ETFs, and bond index ETFs. If the fund does not pay, stay away.

With regard to stocks, I will still be split between getting new stocks and increasing the number of shares in the stocks that I own. My goal is to either have 100 shares of each stock, or (ideally) enough shares such that each quarterly payout is enough to buy an entire share. Right now, only 7 get 0.9 shares or more a quarter. (With some stocks, sometimes there is more than enough to get a whole share, while other stocks are right at the cusp, and small price movements can push them above or below the 1 share threshold.) Right now I have 42 stocks, and not counting spin-offs I have sold 13. So to stay diversified I should probably buy a few more.

I will keep looking into food and water stocks.

Here is a table with the year-to-date amounts, the monthly amounts, and the three- and twelve-month moving averages for each December from 2011 through 2016:

Here are the stocks and the income amounts for December, 2016:

Image from Wikimedia, assumed allowed under Fair Use. Painting by Pierre Mignard (1612-1695).