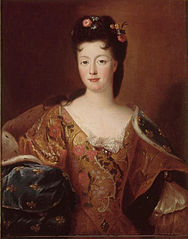 Here is the dividend income report for April, 2017.

I got my first payout from Leggett and Platt (LEG), which I think more than makes up for the income I lost since Duke bought Piedmont Natural Gas.

I found out that WGL Holdings (WGL), a “B” month stock, decided to be acquired. Rather, the board decided to pursue a merger with Canadian company AltaGas. I got this packet in the mail asking me to vote on it. I found out that if the merger does not go through, WGL will have to pay a breakup fee to AltaGas of $136 million. Perhaps the board should have asked shareholders to vote on whether to agree to a merger in the first place. WGL would have to pay a fee even if AltaGas breaks off the merger under most circumstances; there are some in which AltaGas would have to pay WGL amounts ranging from $68 million to $205 million.

Granted, if it goes through, I lose a dividend stock that gives me money. But I get some cash to buy another stock. Should I go with another gas utility? I have already had two bought out from under me (Piedmont and Questar). An article in Forbes points out that low interest rates and growing use of natural gas in the USA has fueled a lot of mergers in the past few years. There is more to the hype than just a lot of hot air; this sector is really cooking.

So I will probably have at least one fewer stock soon. That kind of stinks, but as I wrote I can use the cash to buy something else. Sometimes DGI detractors (or stock detractors in general) will say something like, “While X companies that fit this criteria twenty years ago, only Y still do. Some of those companies do not exist anymore.” You hear this from people in the startup world who like to bash corporations. I don’t think that a company being acquired (or even going private) is necessarily a bad thing, or that it invalidates the DGI or corporate models. WGL isn’t going bankrupt. Being acquired or going private is not a sign of failure for a large corporation, any more than being acquired would be a sign of failure for a startup. Is Instagram a failure because they were bought by Facebook? Pivoting, on the other hand, could mean you were just flat out wrong to begin with.

No dividend growth investor who knows what they are doing thinks dividends are guaranteed forever. But the probability that a firm that has paid dividends will continue to do so is pretty high. It is better than hoping to get a good price when you need it. Dividends tend to mostly go up, while price is more volatile. Even Bogle knows this.

(An announced dividend payment IS guaranteed, and legally binding.)

Interesting fact: the word “disinformation” actually comes from Russian. Coincidence? I think not.

Here is a table with the year-to-date amounts, the monthly amounts, and the three- and twelve-month moving averages for each April from 2011 through 2017:

Here are the stocks and the income amounts for April, 2017:

Portrait of Élisabeth Charlotte d’Orléans (1676 – 744) by an unknown artist, assumed allowed under Fair Use.