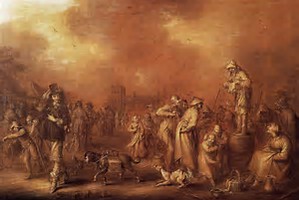 Here is the dividend income report for May, 2017.

I did get a WGL payment. I think there will be three more before the acquisition by AltaGas is complete.

Generally, nobody acquires a company that is not profitable. I know I am always saying price is not as important to DG investors as it is to other investors, and that is true, but that does not mean I am against taking a capital gain when I have to. I spent $974 on WGL when I first bought it. When I got the payout from WGL on May 1, my shares were worth $2,942.17, for a gain of $1967.77, which I can then use to buy another DG stock.

And as to why I would take a capital gain “when I have to”, my goal is to buy DGI stocks and use them as an income stream for years, ideally for the rest of my life. Buying low to sell high sounds nice, but does not always work. It tends to stop working when people need it to work the most, like the dot com bubble or the meltdown during the Great Recession. People tend to need a higher price the most when they are least likely to get it. Then they truly understand free markets. I don’t care if you paid $80/share for a stock that is now selling at $40/share. Why should I pay you $80 when everybody else is selling at $40? I don’t care if you owe the bank $350K on your mortgage and you put a deck on your house and redid your bathroom. If all the houses in your area are going for $300K, that’s what you’re getting. End of story.

We saw a lot of stocks go down in price during those two meltdowns yet still increase their dividends. DGI performs better in a crisis than the capital gains/buy-low-sell-high model that most people go by. It might not always work, but the last two times things fell aprt it worked better. Past performance may not guarantee future results, but I would rather rely on patterns than dreams.

Here is a table with the year-to-date amounts, the monthly amounts, and the three- and twelve-month moving averages for each May from 2011 through 2017:

Here are the stocks and the income amounts for May, 2017:

“Where There Are People Money May Be Made” by Adriaen van de Venne (1589 – 1662), available here, assumed allowed under Fair Use.