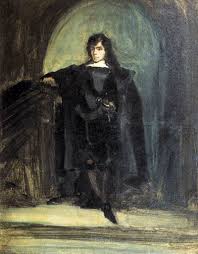 A few times I have found pen pals on Craigslist. The first time was when I was thinking about moving to Austin, and I emailed with a few people to see what Austin is like. A few times I have answered ads in the “Strictly Platonic” section.

Sometimes women want to see a picture, which is odd for “Strictly Platonic”. Usually when I do that, the correspondence stops. (And yes, I send a picture of my face, not Little Elvis (aka “the purple-headed warrior”, or “the love muscle”, or “the master of ceremonies”)).

Here is one that I sent recently. This person wanted me to make up stuff about myself, but frankly I thought that was too much effort. Plus she gave me two different email addresses in two successive messages, which I thought was odd.

I am a WM, 4X. I am from Chicago and I have been here almost 5 years. I live in north Austin. I came here for a job in Taylor which did not last long. I now work as a software developer in south Austin. I don’t know if I will stay in Austin for much longer. One thing I miss about Chicago is that I did not need a car there. Plus Texas is hot. I knew it was hot before I showed up here, but it is really really hot. I find it amusing when people complain about how cold it is when it is 40 degrees. If I ever complain about 40 being cold, I will pack up and move north even if I have no job lined up. Perhaps more Texans should try the Wim Hof method.

I have a sister in Florida and a brother in New York. My brother has two kids, ages 3 (boy) and 4 (girl). I have long hair because my brother is bald and my sister-in-law has no brothers, so the only guy who can show my nephew that hair is an option is me. Granted, the last time I went he really only paid attention when his sister thought it was fun to jump on me. Perhaps this is all in vain.

I am also growing a beard to look like Sean Connery. However, I have also gained weight, and I have heard through the grapevine that people think I am starting to look like Jack Black. This was not my intent. If visiting my niece and nephew result in nothing but them pulling my hair and scratching my face, I may revise things.