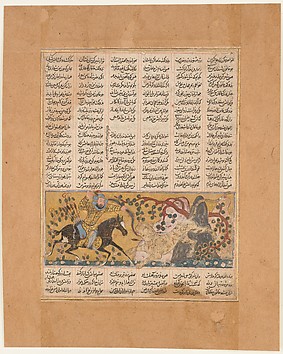 There are many ways to invest in the stock market.

There are a few I will not discuss here, such as options and other derivatives. I don’t have time to try to understand them, and I honestly think that a lot of the people that deal with these instruments on a daily basis do not understand them too well themselves.

I will discuss two ways in this piece. The first is investing for capital gains. This is done by trying to buy at a relatively low price and hoping to sell later at a higher price. The other is investing for cash flow. This is what I do by investing in stocks that increase their dividends every year.

Even when I was growing up, I would hear people say that the way to make money in the stock market is to buy low and sell high. The capital gains model is drilled into people, and most people never become aware of any alternative. I did not until stocks started going down in 2008. It was not until later that I learned that reinvesting dividends are responsible for at least half of the gains in the stock market in the 20th century. Until about the 1980s, investing for dividends was more common. It is a self-reinforcing cycle. Almost every financial site has charts for stock prices. Technical analysis is mostly about looking at charts of the stock price. But there are far fewer charts for dividends.

During the dot-com boom, prices were rising at an accelerating rate. Why invest for a 3% yield when your stock doubles every year? Because eventually it will stop doubling every year. We saw this again in 2008: Many stocks went down in price by a lot, even stocks that paid dividends. But many of those dividend paying stocks still increased their payouts.

I think that capital gains investing is no different than the Greater Fool Theory.

Granted, these are not entirely mutually exclusive. I have said on this site that “price doesn’t matter”. Actually, it does not matter as much to a dividend investor as it does to a capital gains investor. If one of my stocks goes to $0, then I will get no income out of it. (But it would probably have cut its dividend before that happens.) “Price doesn’t matter as much as you think it does” is more accurate, but has a bit less punch as a catchphrase.

You can only sell once. Dividend investing is like having an animal for its milk or eggs or wool. You can milk a cow, harvest a chicken’s eggs and shear a sheep multiple times throughout its life. But you can only get meat from them once. And you can only sell a share of stock once. If you are only owning something in order to sell it later, you only really get the benefit of owning it when you stop owning it. I think that is pretty strange.

I don’t think pigs produce any goods while they are alive, so perhaps pigs are a better analogy to stocks that do not pay dividends.

You can sell a stock that pays dividends for capital gains. That makes investing for dividends better than just investing for price appreciation. But relying solely on price can be more risky. You can only make money one way, and only at one time: when you sell.

And you are assuming that you will get the price you need when you need it. Liquidity dries up when people need it the most.

Selling means you are dipping into principal. Eating your seed corn. Someone once compared selling shares for profit like sawing off a tree branch while you are sitting on the wrong side of the branch.

“Bahram Chubina Kills the Lion-Shaped Ape Monster”, Folio from a Shahnama (Book of Kings) by Abu’l Qasim Firdausi (935–1020), available at The Metropolitan Museum of Art, assumed allowed under Fair Use.