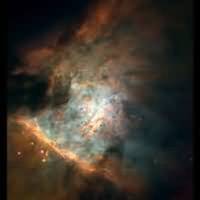 Here is the dividend income report for November, 2017.

I am in the process of selling most of my stocks and putting my money in ETFs, with an emphasis on dividend growth ETFs. I plan on writing more about this in the future.

Here is a table with the year-to-date amounts, the monthly amounts, and the three- and twelve-month moving averages for each November from 2011 through 2017:

Here are the stocks and the income amounts for November, 2017:

“Crucible of Creation”  taken by the Hubble Telescope and released by NASA on November 20th, 1995. Image from Hubble Site, assumed allowed under Fair Use.