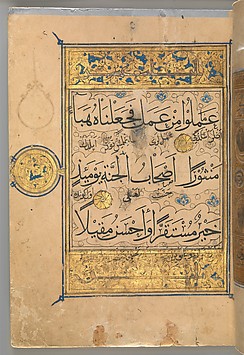 Recently, Saudi “reformer” Crown Prince Mohammad bin Salman began remaking the country in his image. Recently he detained some members of the royal family, government workers and businessmen in an “anti-corruption” purge.

First off, if the guy fighting corruption is the same guy who is running the country because his dad gave it to him, then you have to explain how you define “corruption”.

Many of the detained were close to the previous king, Abdullah. So one effect of this “anti-corruption” purge is to make MBS stronger. It looks like MBS got help from Jared Kushner in identifying political enemies (see links here, here and here). Perhaps “corrupt” means “not doing what Pretty Boy wants.” Two powerful families cracking down on enemies sounds like corruption to me.

I think it’s kind of ironic that a lot of the detainees got out by paying fines. Granted, people pay fines instead of going to trial in a lot of countries, but paying money to get out of a corruption charges sounds kind of like corruption.

One of the detained was Al-Waleed bin Talal, who just coincidentally has been critical of Donald Trump. To be honest, I always thought AWbT was a bit odd. He always claimed he made his fortune without his family giving him any favors. That may be true, but I think “on my own” for a member of royalty doesn’t mean the same thing it does for me.

Another thing that was weird was his obsession with being listed on Forbes’ list of billionaires. If you want people to invest in you, show them financial statements for Kingdom Holding Company.

Granted, “Petrochemicals” is in there, but it looks like AWbT knows about diversification. Isn’t that what MbS says he wants?

A lot of Westerners who worked with AWbT were afraid to come to his defense because they did not want to anger the Saudi government. Well played, MbS.

I want stability in the world, but is MbS the man for the job? Is anyone in the Saudi royal family up to the task? An article in The Intercept goes over the differences between Iran and Saudi Arabia. Depsite having fewer resources and allies, Iran is more successful at accomplishing its goals than Saudi Arabia, which is odd given that SA has more money, more oil, and the cachet of having Mecca and Medina. The article points out that maybe the Iranians are just smarter than the Saudis.

Let’s not forget that it is not Iran that is funding the radicalization of Sunnis the world over; it is Saudi Arabia. It is not Shiites bombing Sufi tombs in Pakistan; it is extremists being fed Wahabbi doctrine. The Iranians might not be wack jobs if the West had left their elected prime minister in place.

Section from a Qur’an, Iraq or Turkey, second half of 13th century, available at The Metropolitan Museum of Art, assumed allowed under Fair Use.