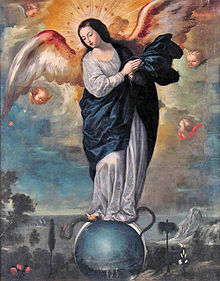 First off, why do some people think that being a jerk makes them a freedom fighter? Or that “freedom” means that the rest of the world should roll over and give them what they want?

Ecuador made him a citizen in December, 2017. Even still, that does not give him carte blanche. He has a history of trying to get into parts of the embassy that are off-limits to him, yet he thinks that he can just go where he wants. Do any American citizens think they can just walk into an American embassy and start making demands?

He is a guest of Ecuador. He is there as long as they tolerate him. When you are accused of crimes by multiple countries and still wanted by the country that you are in (the UK wants to talk to him about skipping bail) and you have a reputation for sticking your nose in other countries’ elections and claiming objectivity while only telling one side of the story, maybe you should avoid angering your hosts. Shut up and do not make waves. Why should they put up with any shenanigans?

I do not think he is too bright. He said he did not want to go to trial in Sweden because he was afraid the US would extradite him. Why couldn’t the US just extradite him from the UK? He was in prison for about a week and had to wear an electronic bracelet. I do not understand why he was not afraid of the US trying to start extradition procedures while he was in the UK. I think the US is a closer ally to the UK than Sweden. And if he was so afraid of the US getting him by illegal means, again I do not understand why they could not just grab him any time they wanted.

And if he is such a brave fighter for freedom, then why not face the music in the US? Either you are willing to fight for your beliefs or you are not.

I think one reason that Assange got asylum is because former President Rafael Correa wanted to stick it to the West. At least a bit. It doesn’t matter whether the people in charge are right or left; a lot of small countries do not like the big countries pushing them around. So while Assange thinks he is sticking it to the man, another government is using him as their pawn. 0wned.

A few weeks ago I looked at some of Wikileaks’ tweets over the past year. There were not too many about Russia. I suppose that it is possible that nobody in Russia sends them documents, but I find it hard to believe that nobody in a country with a president-for-life is unhappy with the status quo. Like the XX Committee, I think he is working for Russia (also see here).

They did have a few tweets about Saudi Arabia. A few about Europe. A lot about the US. A lot about elections being fixed, yet nothing about Putin, who seems to run with no opposition. They cannot seem to decide if Trump is dismantling the “deep state” or continuing it. They do not seem to be eager to see Trump’s tax returns.

A lot of glibertarian dudebros have had internet drives to pay for Assange’s defense. Are any of them willing to pay some of the extra costs that Ecuador has incurred because of Assange? One estimate is that he is costing Ecuador $60,000/month. The per capita GDP of the US is about $60,000/year. In the UK it is $30,000/year. In Ecuador it is $11,000/year. People in rich countries like the USA ask questions like, “Why are we letting people starve when we have money to build all these weapons?” I wonder what questions people ask about Assange in a country that has one-sixth the money. Assange isn’t really willing to pay the price for his beliefs, but he has no problem letting a third-world country foot his bills. Let’s find someone else to stick up for freedom.

Big Jim does not like self-centered glibertarian dudebros. Or dudbros.