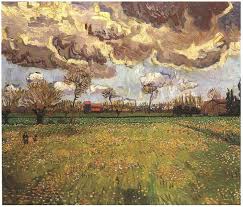 I listen to a lot of podcasts that have talked about geoengineering, or climate engineering.

It has been mentioned on Radio Ecoshock, Quirks and Quarks, Sea Change Radio, Science Friday, and probably a few others.

I think geoengineering is either not going to work as well as we need it to, or is a bad idea. We should focus on emitting less carbon.

I think the carbon dioxide removal methods are good ideas, but they are not as advanced as a lot of people think, and will probably not be enough to save us. We would have to plant a LOT of trees to make up for our emissions.

I think solar radiation management is a really bad idea. Putting chemicals in the atmosphere is what got us to this point in the first place. Maybe SRM should be called “counter-geoengineering” since climate change itself is the result of geoengineering. Granted, carbon emissions have allowed us to have nice things, but if nothing changes it will be the end of us. Not the end of the planet, not the end of life on earth, just the end of us. Or at least the end of most of us.

Big Jim wants to make the world a better place.

One Reply to “Thoughts On Geoengineering”