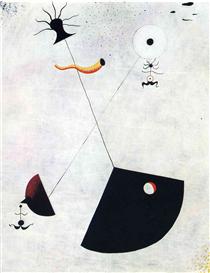 I think there should be a science podcast that focuses on one study a small number of related experiments/papers/studies to help teach people more about the scientific method.

There are plenty of podcasts that run through a bunch of unrelated studies, talking about recent discoveries. I think this is important, but I think that someone should go into what underlies all of this. Someone should talk about the scientific process and way of thinking.

Many scientists talk about how science is not just a collection of facts, but a method, a process, a viewpoint, a way of thinking. Many people are ignorant about both the facts and the principles. Many scientists touch upon these ideas, but only tangentially. One of the reasons this needs to be addressed is that today science is misunderstood, misrepresented and under attack.

In junior high school, I was told the basic steps are: Observation, hypothesis, experiment and conclusion.

Some podcasts do talk about some of the mechanics of science: the process of getting a degree, being a postdoc, getting funding.

I am proposing talking more about the scientific method and scientific thinking. One way would be to focus on one paper, or one study, talking to just the professors that were involved. (I know some physics papers can have a few hundred credited authors, so just a few will have to suffice.) Why did they do that experiment? Did they get the result they wanted? Did the experiment have to be halted? Was the paper accepted or rejected? How did they gather the data?

Perhaps a guest could be on to talk about a sequence of experiments they performed. Experiment A answered Question A, but that raised Question B, and answering that led to Question C, etc, etc.

The podcast could use each experiment to discuss themes such as: What makes an experiment a good experiment? What leads to success or failure? Why are some studies later retracted? Why do some stand the test of time?

We keep hearing that we need to get more young people interested in STEM and STEM careers, especially women and minorities. Talking about experiments in detail might give people a better idea of what it means to do science and what it means to be a scientist. When a lot of people think about what a scientist does, they think of someone in a lab wearing a white coat. A lot of scientists actually do work in labs and wear white coats (I think chemists and some biologists), but a lot do work in other settings (some biologists, geologists, climate scientists). And sometimes they are not very glamorous. There was a scientist on “Science Friday” who studied bats (I think it was Laura Kloepper; check her Twitter feed) and she said that when she goes into caves, she needs to wear a body suit because there are bats and bugs flying through the air and there are bugs and bat guano on the ground, and it’s loud, and you get hot in the suit. It does not sound like fun. There are many scientists on Antarctica. While Antarctica has a stark, austere beauty in photos, from what I have heard just being takes a lot out of you.

One part that could be covered is: what is “peer review”? (This might fit better with a paper that did not get published.) Once there was a guest on Science Friday who had done some peer reviews for a scientific journal. The first time he was given a paper to review, he asked the editor how to do a peer review, and the editor said that he didn’t know and the guest should just do a review. There are articles about it (see here and here),  so maybe that one guy just had a bad experience.

I prefer when science podcasts talk about the natural sciences. I am never interested in stories about social media, and while online privacy is important, I think that should be on a security podcast and not a science podcast.

And there are a lot of people who misuse the word “skeptic” intentionally, like the so-called “climate change skeptics“. They are not skeptics, they are deniers. The scientific consensus has only gotten stronger over time. The climate change deniers are ignoring or distorting the evidence, which is the opposite of skepticism. Some are against it because most of the solutions involve government involvement. Their worldview cannot offer a solution to a problem, so instead of admitting it, they pretend there is no problem. Given that scientists have been warning about climate change for years, there has been plenty of time for the private sector to come up with a solution.

Another issue is that the skeptical movement encompasses science, it can also include other topics, like religion, vaccination, alternative medicine, paranormal, New Age, the Law of Attraction, homeopathy, a large percentage of the guests on Oprah.

On the other hand, people generally have a positive attitude towards science. (At least until it tells them something they do not like.)

So I am suggesting looking at science at the micro level (a single paper, study or experiment, or a small, related group of experiments) to explain science at a macro level; to help explain the scientific method and the steps of the scientific process.

Big Jim knows if society was more rational, we could accomplish big things.

One Reply to “Idea For a Science Podcast”