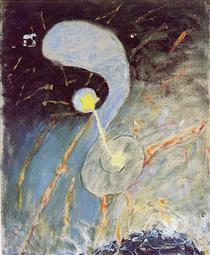 I know Driftglass has the market cornered on pointing out the “both sides” nonsense. But Tyler Cowen has a column on Bloomberg that takes it to the next level.

The title is “Fear Climate Change — and Our Response to It“. The subtitle is “Global warming will be expensive, and humanity’s irrational reaction may make it even more so”.

Humanity has not had an irrational reaction to climate change. Conservatives have manipulated people, distorted the debate, and have been standing in the way of action for decades. James Hansen testified in front of Congress about climate change in 1988. That means that all the free-marketeers who don’t want the government telling them what to do have had three decades to come up with solutions. To this day, conservatives like to make jokes about Al Gore, a guy who has not been in office since January, 2001, more than 17 years ago.

He talks about Brexit, which was brought to us by conservatives. They lied about how easy it would be, and they have been mucking up the negotiations since the vote. He writes, “It would have been better if the British had responded to their country’s problems in a less extreme way, or simply learned to live with the problems they had.” No, it would have been better if conservatives did not lie as easy as they breathe. “The British” do not all want Brexit. Even many who voted to leave now realize they were lied to and that it will be a disaster.

He mentions Trump, and then goes on to write about how our discourse “has become less rational and technocratic”, and “the harsh, non-sympathetic tone of the debate will further corrode American politics”.

Then he wraps up complaining about how much it will cost to do something about climate change. It would cost less if there was not a network of groups devoted to denying climate change and lying to people about the strength of the scientific consensus. Those groups are funded by conservatives, the Koch Brothers in particular.

Their annual reports simply list who is in charge, and give no information on who funds them.

This is “both sides” in steroids. It’s not the GOP that is causing problems; it’s “we”, “the world”. I guess Upton Sinclair was right: It is difficult to get a man to understand something, when his salary and donations from his inherited-wealth benefactors depend upon his not understanding it.

That version of the quote is The Tyler Cowen Special Edition.

Big Jim knows that while both sides spin, one side is far worse than the other.

3 Replies to ““Both Sides” On Steroids”