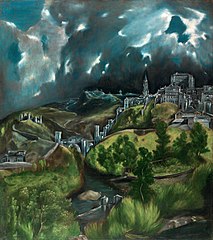 Recently, there was a warning from the City of Austin that residents should boil water before using it for cooking or consumption. There was a lot of flooding upstream in the rivers that feed into the other Colorado River, which put a lot of silt and solids into the water.

Here is a quote from the link above:
This has been an unprecedented event in Austin Water’s more than 100 years of delivering water to Austin residents. Historic flooding created water that showed over 100 times the level of silt and solids typically than found in our source water. This dramatically changed the way our treatment plants needed to operate to produce high quality water, and decreased the amount of water the plants were able to filter. This required us to slow our water treatment process.

What really bothers me about all of this is that I have not been able to find any information about what they are going to do about this in the future. Climate change is happening now, folks. These floods are just one of the effects, and I think they will become more common. There will be more “unprecedented” events. So how will the city deal with this going forward?

Will they install more filtration systems? I watched a press conference on YouTube, but I did not hear anything about future preventive measures.

I did use the water to brush my teeth the first day. I did not know about the boil order until I got to work. Checking the city’s website to see the status of the water supply is not part of my daily routine.

My apartment complex has had some water issues and they have had to shut off the water several times, so to an extent I was not too bothered by the general ban. When the complex shuts off water, even showers and laundry are unavailable. I have started buying more metal water bottles to store water for shutoffs. When I first moved in, the water was getting shut off every week. I asked them what was going on, and they pulled the old “blame the government” card. The problem with that argument is the place I lived in before was also within Austin’s city limits, and that complex never had water problems.

Several restaurants were affected. Five Guys in Austin were completely shut down that week, and Whataburger only had drive-through.

I have a few more points related to this incident.

Point 1: The mayor’s press conference was first streamed on Facebook. I really wish the world would stop using Facebook, especially governments at all levels. Constituents should be able to get information on government web sites without logging into some other web site, particularly a company that most people do not trust. Do not use Facebook, do not empower Facebook, do not do anything that puts money in the pockets of Mark “privacy for me but not for thee” Snakerberg.

Point 2: I have had a few conversations in the past couple of weeks in which other people mentioned how crazy the weather has been lately. My brother in New York said that there has been no fall this year. In another conversation, one person mentioned that there are more hurricanes predicted, and again their state did not have much of an autumn. I did not say much. I found it interested that nobody said something like, “I guess climate change is really happening.”

Point 3: There were a lot of people on Twitter making the same tired joke that they will just drink more booze. This brings up two things. First, as Kristi Coulter pointed out, alcoholics and addicts are everywhere in our society. Second: As I have mentioned on this site, so many people in Austin think they are so edgy, and so original, and so “weird”, but they really are none of those things. Just people repeating the same stupid stuff, and thinking they are the first person to do so [1]. You could call it the “42 fallacy”: whenever there is a gathering of sci-fi fans or skeptics, if the number 42 comes up, somebody almost always makes a reference to The Hitchhiker’s Guide to the Galaxy, and they think they are the first person to ever do that. Or that it hasn’t lost its charm after 30 years. It did, about 29 years and 364 days ago.

If you think you are smarter than everybody else, try acting like it.

One Reply to “Thoughts On The Austin Water Shortage”