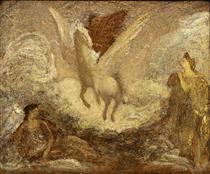 Here is the dividend income report for November, 2018.

Over the past year, I have moved most of my money into dividend growth ETFs. I have not paid as much attention to individual stocks. I have not downloaded the U.S. Dividend Champions spreadsheet every month since I switched from stocks to ETFs.  I found out that the original maintainer, David Fish, died recently. See articles on Seeking Alpha here by Mike Nadel  and here by Abby Carmel. It is now updated by Justin Law. The writer at Dividend Growth Investor also puts out their own version of the Dividend Champions spreadsheet. In fact, it was at Dividend Growth Investor that I first heard about the death of David Fish.

One of the tributes on Seeking Alpha said that David Fish did not like the idea of telling people what to buy. A few times people have asked me about investing, and I told them about DGI and the Champion spreadsheet. That alone could guide someone’s investment plan.

The Dividend Champion list divides companies into three categories depending on how long they have been raising their dividends: Champions (25 or more years), Contenders (10 to 24 years), and Challengers (5 to 9 years). Even if you using just ETFs (as I am), it is still a good idea to look at this list once in a while because it will tell you how many companies are raising dividends, and in my opinion give you a tool to gauge the health of the economy. Here is a table for the breakdown of CCC companies for every December from 2010 to 2018.

Look at that. Mostly increasing numbers. While Obama was president. I guess our not-so-liberal media is wrong when they tell us that things go better with the GOP in charge.

One issue with dividend investing is how it will do in a downturn. It did well in the past two downturns, so I think there is a good chance it will do well in the next. Mike Nadel mentions this in his remembrance of David Fish. He mentions an article in the New York Times saying DGI is not a great strategy since companies could cut dividends when the economy contracts. He wrote a rebuttal, inspired by something David Fish wrote to him: Actually, more than 70% of companies that were Dividend Champions back in 2007 continued to raise dividends through the recession, and another 9% merely froze their dividends. So approximately 80% did NOT cut their dividends.

The funny thing is that if the economy contracts, indexing will not do well either. Nor would active stock picking. It seems like it is the people who push buybacks and capital gains who speak of the benefits of their strategies in terms of absolutes, and ignore the times their strategies do not work. The DGI crowd talks about probabilities. It is a better way to approach life.

Here is a table with the year-to-date amounts, the monthly amounts, and the three- and twelve-month moving averages for each November from 2011 through 2018:

Here are the stocks and the income amounts for November, 2018:

Big Jim wishes he could have thanked David Fish while he had the chance.

“Pegasus Departing” by Albert Pinkham Ryder (1847 – 1917) at the Smithsonian Museum,  assumed allowed under Fair Use.