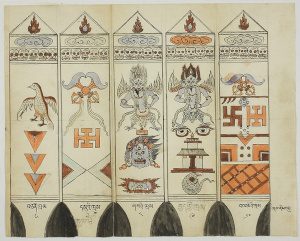 So Julian Assange was arrested this week. I cannot say I am surprised.

From what I have heard, he was not an easy house guest: arguing with staff, not bathing, smearing feces. He was getting on their nerves. And leaking documents about the president of Ecuador (also see here). And leaking documents about the Vatican. And commenting on the Catalan independence movement. He was staying in an embassy. Diplomats are supposed to keep their mouths shut and stick to business. Preferably their own. Diplomatic norms do not go out the window because some jackass thinks his cause is just.

Meanwhile, Russia still gets a pass from Wikileaks. Assange is not objective.

Maybe Ecuador President Moreno is totally corrupt. I don’t know; the INA Papers site is in Spanish. But what people need to understand is that while freedom and privacy and transparency are nice, they are not as important as intelligence. And Assange does not seem to have much of it.

He came to the government of Ecuador for help. They were keeping him out of jail. If you had a house guest acting the way Assange did, would you put up with it? If someone is keeping you out of jail, do not make them upset. Do not bite the hand that feeds you. He put himself at their mercy, and he did not seem to realize it.

Freedom doesn’t do you much good if you are stupid.

And to keep our freedoms, we need the people standing up for our rights to not be stupid.

So I have done a bit more digging, and it only confirms my thoughts that Assange is really really stupid.

It looks like he is being detained for helping Chelsea Manning obtain military documents. Not for publishing the documents. But for being involved in getting them.

Josh Marshall of Talking Points Memo addressed this in a blog post. If someone gives you the documents, you are clear. If you are involved in getting them, you are not. (I do not know if the drop has to be anonymous.)

He is being indicted in the UK, and charged in the US. But as far as I can tell, his lawyer is Australian, and practices in the UK. Can she practice in the US? Maybe he should get American counsel, since he is being charged by the American government. Just a thought.

Glenn Greenwald and Laura Poitras have both entered the US since Russian spy Edward Snowden gave them classified documents. So no problem. (I know Greenwald’s husband was detained at Heathrow by the Unwanted Kingom; my only comment is: different country, different laws.)

We cannot replay history and try something different, but Wikileaks was already pretty famous in 2010 when all this happened. Perhaps Manning (or someone else) would have gotten the documents eventually anyway.

It is up to Assange to know the law. I am not a lawyer, so I do not know if you have to be a journalist to get these protections for document drops. But I think that Assange should have known better. I say to Assange and his defenders the same thing I say to Russian spy Snowden and his defenders: You do not deserve to be taken seriously if you go around claiming you are smarter than everybody else, and then insist you could not have done things any other way.

Big Jim says we should fight for our freedoms ourselves, and not rely upon or defend idiots with their heads up the GRU’s butt

Mongolian manuscript at the Art Institute of Chicago, assumed allowed under Fair Use.