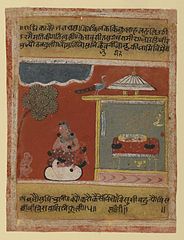 Here is the dividend income report for August, 2019.

I am considering not putting money into any REITs and going with a bank ETF. Let’s face it, the banks always win no matter what happens. I thought about going with insurance, but there are two issues. One is I am not sure how each individual insurance firm makes their money to pay the dividend. I know a lot of them invest the float. If ABC Insurance pays for their dividend by buying XYZ Oil Company, maybe I should cut out the middleman? (Granted, finance is nothing but middlemen.)

For all the shady things banks do, in some ways insurance companies are worse. One of the big stories out of Hurricane Katrina was that they tried to tell people who were covered for wind damage that they had flood damage. Granted, that was almost 15 years ago, but it is pretty shady. When someone files a claim, their back is against the wall. Not a good time for a wealthy corporation to be playing games. I read somewhere that an insurance company’s business model is basically to deny as many claims as possible.

Here is a table with the year-to-date amounts, the monthly amounts, and the three- and twelve-month moving averages for each August from 2011 through 2019:

Here are the securities and the income amounts for August, 2019:

Big Jim is banking on dividends.

“Radha Pining for Her Beloved”, 1634, at the Brooklyn Museum, assumed allowed under Fair Use.