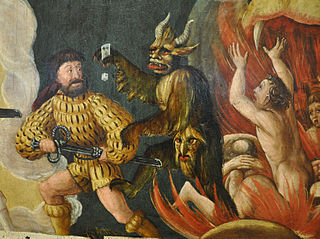 Here is the dividend income report for September, 2019.

The international stock dividend fund did not pay as much this quarter as last quarter.

The Vanguard Utilities ETF (VPU) did not pay this month. It paid a dividend on October 1. I know it’s a first-world problem, but I am thinking of replacing it with State Street’s Utilities Select Sector SPDR Fund (XLU). XLU is State Street’s only utility ETF, and BlackRock’s  iShares U.S. Utilities ETF (IDU) has a much higher expense ratio. VPU has the most holdings. I think for the time being I will stick with it.

I am a bit surprised that State Street does not have a broader utility ETF in addition to XLU. XLU has the dividend stocks that are in the S&P500.

Fidelity has the Fidelity MSCI Utilities Index ETF, FUTY. It has the lowest expense ratio, almost as many holdings as VPU, and a nice dividend. But as I stated, I think for now I will stay put. As Buffett has stated, returns decrease and trading increases. Or maybe it was Jack Bogle.

My brokerage money market account paid $6.03 in August, and $4.86 in September. Interest rates are low and getting lower. The only reason Dolt 45 wants lower interest rates is because he owes a LOT of money. I don’t think the economy really needs it. Granted, things are not great, but I don’t think the economy is slowing down yet. I don’t think the next recession will be as bad as the one we say in 2008-2011 (depending on what country we are talking about), but cutting rates at this stage is a bad idea. Rates are historically speaking low right now. In 2006, the federal funds rate (what the Fed says banks can charge each other) was 5.25%, and the discount rate (what the Fed charges banks) was 6.25%. Right now, those rates are 1.75% and 2.75%.

A lot of people think interest rates are too high right now. Perhaps things are a lot worse than they seem. Or perhaps the whole Rethuglican Party is abandoning its supposed rock-solid principles, and just following Dolt 45’s lead. When conservatives seem inconsistent, they are really not. They are lying (whether to themselves as well as others I do not know) about what they are consistent about. It’s not about freedom, or balanced budgets. It’s about being in charge and staying in charge.

Here is a table with the year-to-date amounts, the monthly amounts, and the three- and twelve-month moving averages for each September from 2011 through 2019:

Here are the securities and the income amounts for September, 2019:

German painting from about 1518 in a museum in Austria. Image from Wikimedia, assumed allowed under Fair Use.