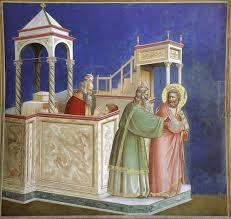 There is not a lot to report for the past month. I deployed some of my cash and bought more BND, so the income from that fund is a lot higher this month.

In other news, the Trump administration tightened the work requirements for SNAP benefits. (SNAP is basically food stamps.) While I think Trump is the worst president ever, I do not disagree with this move. At least not entirely. See news articles here at NBC News and here at USA Today. The economy is doing well, so on one hand it makes sense to tighten requirements. But what will they do if the economy slows down? Of course, that is assuming that we have a GOP president when that happens. Hopefully we will not. (I work for a company that makes and manages the benefits management server for a few US states.)

I think this might be another indicator a recession will be coming very soon. Back towards the end of the last expansion, people were talking about putting the Social Security trust fund into the stock market. Right at the worst possible time to do so.

Humans are good at contra-indicators. If/when the next recession hits, I bet a lot of states will do what they did the last two times: Cut services when people have a greater need for them, and raise taxes when people have less capacity to pay. We should have higher taxes and fewer services during the good times, and use the reserve in the bad times. When would the bad times happen? When everybody says, “Why don’t we just spend the money now?”

In other news: Trump was impeached by the House. Best day ever.

Here is a table with the year-to-date amounts, the monthly amounts, and the three- and twelve-month moving averages for each November from 2011 through 2019:

Here are the securities and the income amounts for November, 2019:

Big Jim says this is the best day ever.

Painting of Rejection of Joachim’s Sacrifice by Giotto di Bondone (1267 – 1337), at his website. I actually got the image file from somewhere else, but his site has a page about it. Assumed allowed under Fair Use.