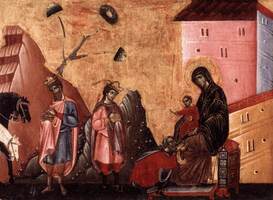 If the Republicans are so upset about corruption in the Biden family, why didn’t they make a big deal about this when he was Vice President, when all of this was happening? They made a lot of noise about tan suits, feet on the desk, misleadingly edited videos, and Marines holding umbrellas. They had time to make up lies about “death panels” and to conduct multiple investigations into Hillary Clinton (for the same things over and over) only to come up empty-handed. Hunter Biden was on the board of Burisma for several years. Why did this not come up until Joe Biden’s campaign started picking up steam?

For something even stupider, Iowa Senator Joni Ernst said that if Biden becomes president, the GOP will impeach him over his son’s board membership. I am not a lawyer, but I think you can only impeach an officeholder for their activities while in the office. I do not think you can impeach retroactively. And I do not think you can impeach someone for another person’s actions. Again, Senator Ernst, you took office in 2015. You had plenty of time to look into it. Perhaps, like HRC, the Bidens did not do anything illegal.

If Ukraine is so corrupt, why is it that no Republicans are talking about any other instances of corruption in that country aside from one involving Trump’s potential opponent in this year’s election? Again, Hunter Biden joined Burisma in 2014. Has everybody else in this country that is a cesspool of corruption been clean this entire time? Or are they afraid that Manafort will point the finger at them?

If they are so concerned with corruption, I assume that the USA will be suspending all aid to Israel now that Prime Minister Netanyahu is under indictment. See this article, and this article.

If Republicans really think nepotism is bad, why not look into Trump’s kids?

If Trump was so concerned about a four-year-old instance of corruption in Ukraine, was it absolutely necessary to tie it to aid? Should fighting corruption be done as a “favor”?

Why not release the actual recording and/or transcript of the “perfect” call? Why is it locked away?

Come to think of it, why hasn’t Trump released his tax returns, as every president and nearly every major candidate has done for almost 50 years? If he has nothing to hide, then everyone who says he is will look stupid. Why is Trump not taking advantage of what could be an excellent way to embarrass his political opponents? Instead of a using what he says is a sure-fire way to make every one of them look bad, he is fighting tooth and nail to keep it hidden. I think the kompromat has to do with money laundering, or something that would show he is not as wealthy as he claims.

I have started following a twitter account TomJChicago  who claims that Trump has dementia, and it is irreversible. Between his ego, his unimpressive intellect, his crimes and his dementia, I think Trump will implode. It may happen before the election. If it happens after the election, then I think things will get even more chaotic in the White House. All the corrupt people he has working for him who couldn’t manage a one-car funeral will starting fighting each other tooth and nail.

I think the political end-game for Trump is irrelevance, at best (if not jail time). Everything he touches dies. Everyone will see how toxic he is. I think he will be ignored and forgotten, as are most conservative heroes. As Jonathan Chait pointed out, the only GOP president who really met their ideals was W, and they never talk about him. Reagan would not win a primary today, yet they revere him. More accurately, they revere their myth of Reagan.

Nixon won in an electoral landslide, but a year after he resigned, you couldn’t find anyone who voted for him. Conservatives loved GWBush, but as his lying, stupidity and incompetence became too hard to ignore, they all dropped him. The Tea Party people insisted they protested GWB as much as they protested Obama, but that is a lie. A lot of people would not admit they ever voted Republican. “I’m not a Republican, I’m a conservative”. Suddenly, there were a lot of self-identified Libertarians in this country. More than there are now. All the consistent, revealed-truth-believing, delusional faux-deductive-reasoning Republicans thought Sarah Palin was their new savior, and she would keep the GOP in the White House for decades. Now none of them care about her. Steve Bannon was a master strategist. Has anybody seen him lately? He made a film about Palin. I never want anyone else to write about Bannon as some sort of genius or having any sort of intelligence or trying to understand his worldview. When it comes to picking good presidents, he is 0-2.

I am not saying they will stop being crazy. But when they can no longer deny reality, they get quiet. Until the next carnival barker comes along. Then the cycle repeats. “Conservatism cannot fail, it can only be failed.” Yet they never see the pattern.

I predict that Trump will be part of this pattern. The lies, the corrupt cabinet, the money laundering,the haphazard foreign policy, the dementia: It will all bite them in the rear. I will even predict that not only will they deny supporting him, someone will make a video saying they never supported him while wearing a MAGA hat.

Republicans love to claim they are consistent in their beliefs, and liberals love to point out their hypocrisy. The thing is, Republicans ARE consistent in their beliefs, they just lie about what those consistent beliefs are. It’s not freedom, it’s not religion, it’s not capitalism, it sure isn’t science or rule of law. They love power and control, and they will do and say anything to keep it. They will change stance mid-sentence. We have always been at war with EastAsia, at least until we weren’t.

During the 2016 campaign, Cruz, Graham, Paul and many other Republicans said Trump would be a disaster. Almost all the Republicans in Congress refused to say his name. On Election Day 2016, Paul Ryan would only say he voted for “our candidate.” News flash guys: You were right the first time.

And I supposed after Trump implodes and you change your minds again, you will be right again.

Painting of the Adoration of the Magi by Guido of Siena (13th Century), assumed allowed under Public Domain.

One Reply to “Thoughts On Recent Political Events”